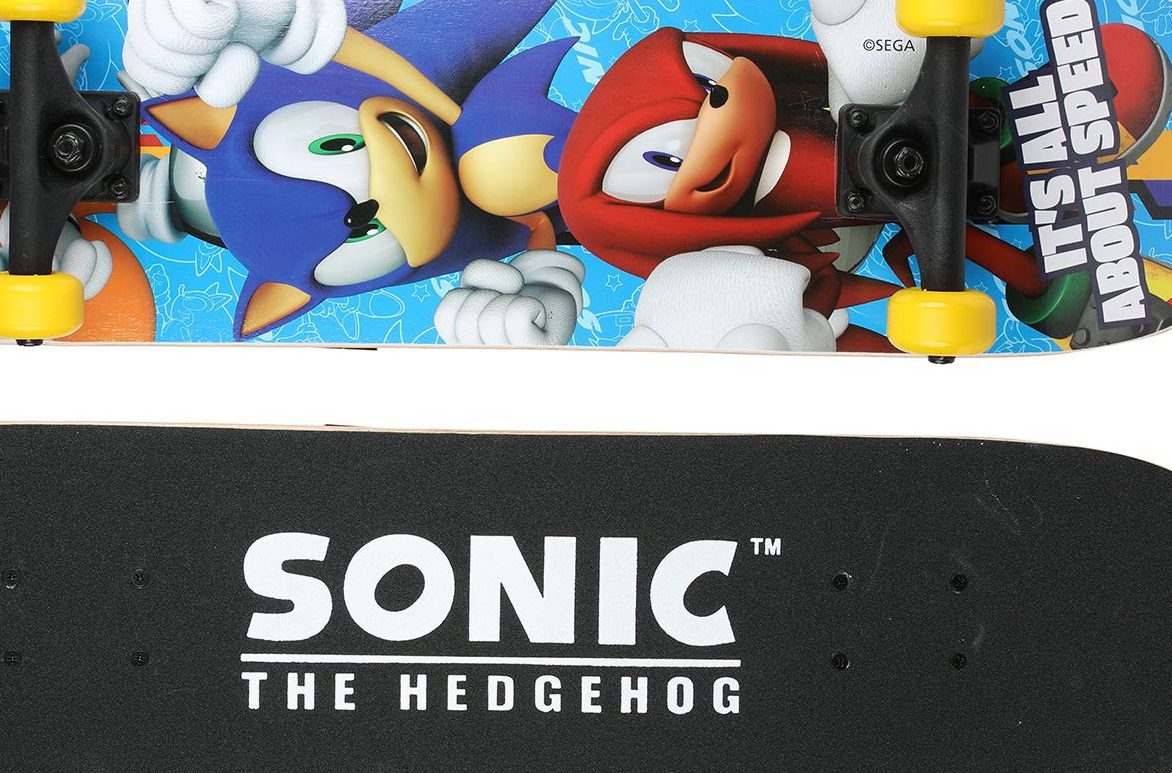 Sega has collaborated with Sakar International to produce a line of kids’ wheeled goods featuring the super cool characters of the Sonic the Hedgehog franchise. Launching this fall, the collection will include Sonic skateboards, “hoverboards,” and manual and electric scooters, alongside a matching range of safety gear — should the little tykes feel the need to go spin-dashing off-course.

“Sakar International is looking forward to helping SEGA celebrate Sonic’s 30th anniversary with products that allow young fans to be active and expand their imaginations,” said Sakar COO Ralph Sasson. “Sonic is one of the most iconic gaming franchises and we’re excited to bring these products to an entirely new generation of fans.”

The wheeled goods are the first items in a new line of Sonic the Hedgehog-themed merchandise being produced by Sakar to celebrate 30 years of the legendary franchise. Fans can expect more products in the near future, including gaming furniture, keyboard & mice sets, mousepads, clock radios, speakers, and headsets, some of which you can see below.

The Sonic skateboard — alongside the other wheeled goods — is expected to launch in the coming months at Walmart and other North American retailers. 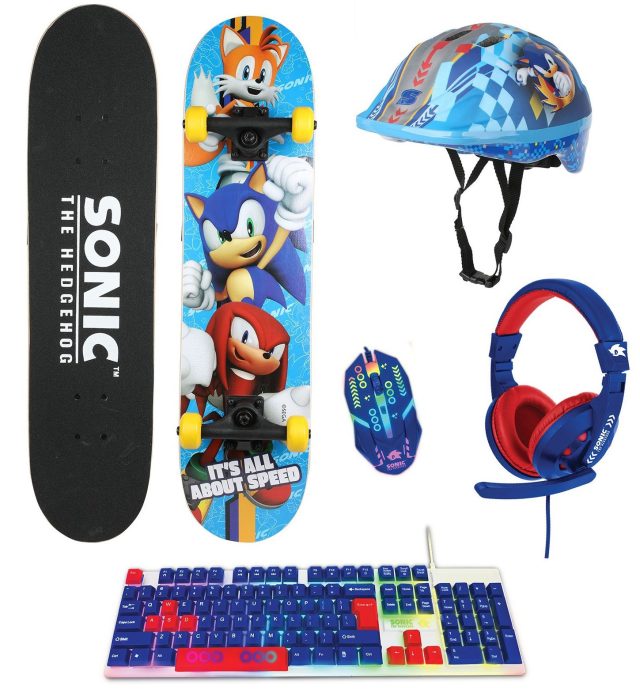 Filed under... #Merchandising#Sega#Sonic the Hedgehog