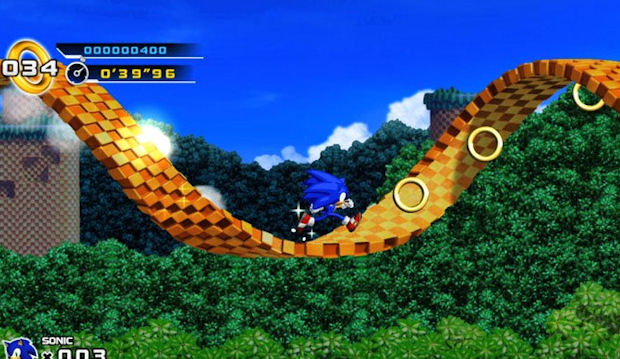 An all-new sidescrolling adventure, Sonic the Hedgehog 4 will see the world’s fastest hedgehog return to his roots in a game that’s being aimed squarely at the jaded retro fan. Sonic 4 will see a reboot for the series and the first “true” Sonic sequel since Sonic 3.

The strange news here is that Sonic 4 will be episodic! Episode 1 will hit the Wii, Xbox 360 and PS3 this Summer! The game will have the classic spindash ability, and power-ups like the power sneakers. Online leaderboards will also be in play, and the Wii and PS3 versions will allow for some form of motion control using the Wiimote and SIXAXIS.

This is, truly, Sonic’s last stand. He’s coming home, and he’s got one final chance to do it right this time. Good God, let this be good! Hit the jump for the first real trailer, courtesy of GameSpot.