Still way younger than me, FML

Scheduled for June 23, Sonic Birthday 2018 will see series producer Takashi Iizuka take to the stage to talk details on the upcoming Sonic Mania Plus and other releases, no doubt including the just-announced Team Sonic Racing. Special limited edition merch will also be available for sale at the event.

If you don’t have the gold rings to get over to Tokyo, never fear, as the event will also be streamed live on YouTube and Periscope. Links for the stream, along with more details about the event, will be released closer to the time.

I can’t say I remember the launch of Sonic the Hedgehog like it was yesterday, but the cultural impact that happened, almost overnight, on launch is still clear as crystal to me. That release ranks alongside games such as Street Fighter II and Mortal Kombat as moments in game history that transcended the schoolyard and became a part of the mainstream. 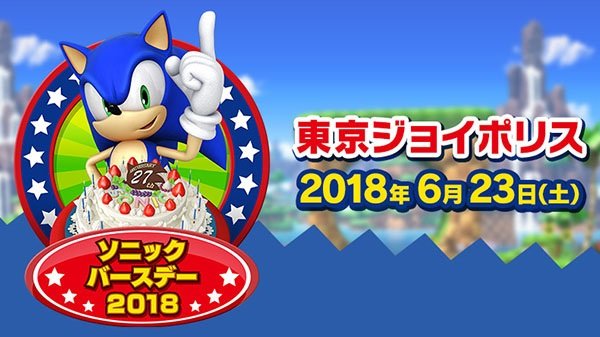