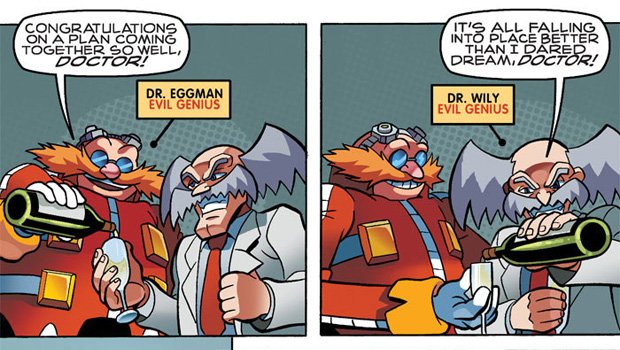 In addition to the smaller ones

The Sonic / Mega Man: Worlds Collide comic was pretty much everything I expected it to be. It was a perfect combination of two of my childhood icons, and it was enjoyable to read from start to finish.

Although there have been a few mini-collections that span several issues, Amazon has a listing for something called “The Complete Epic,” which looks to be a giant book of the entire arc.

Allegedly ready to ship on May 26th, 2015 for $22, the collection will be 336 pages in all and will have all 12 issues. Even if you don’t read the Mega Man or Sonic comic books I’d definitely give it a shot once the complete collection is out.