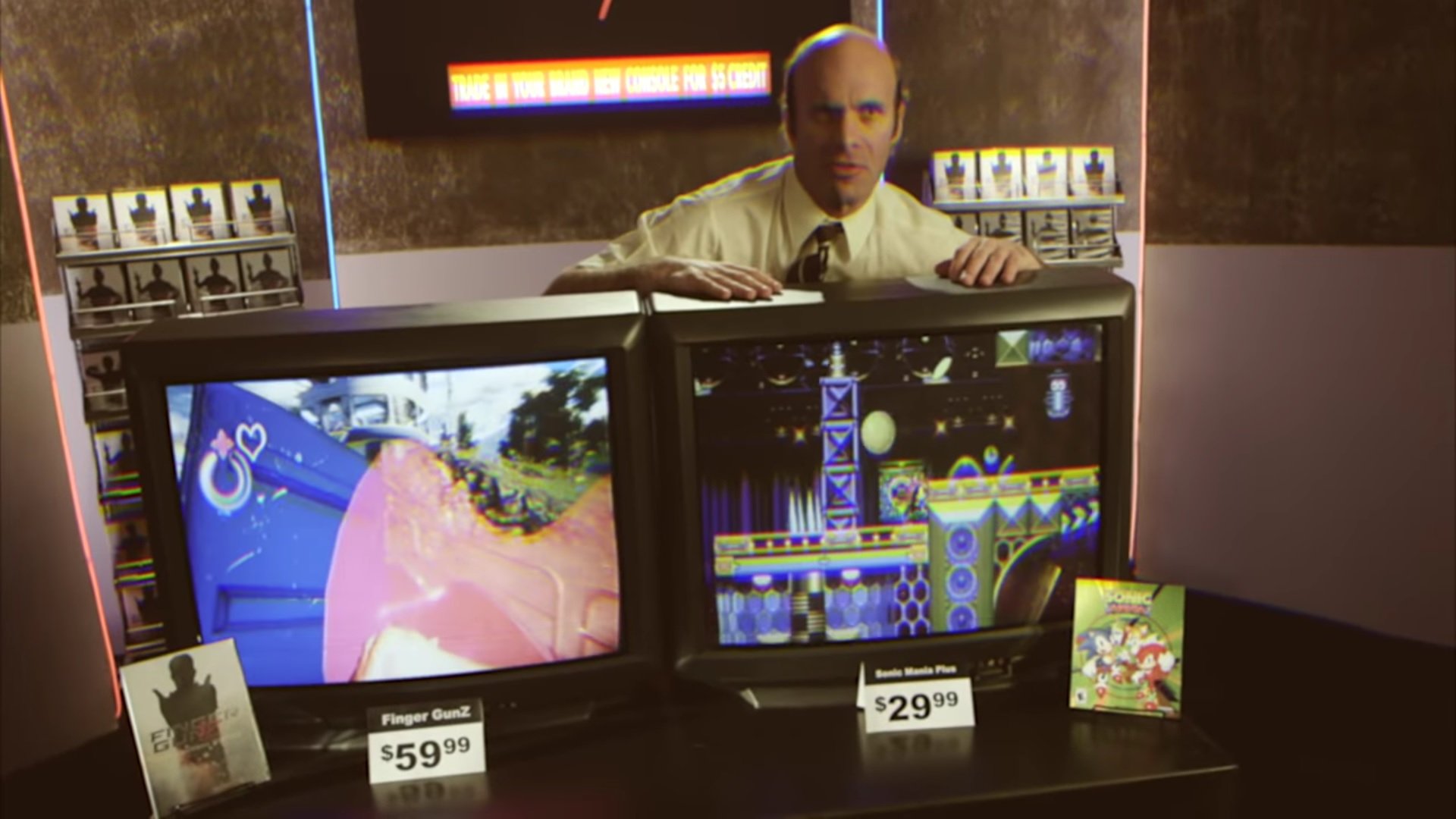 I love when the marketing team behind retro games dig deep for nostalgic references. Sega’s latest trailer for Sonic Mania Plus basically recreates the old “Sonic vs. Mario” ad from 1991 and it is pure nostalgic bliss. As an added bonus, it features the world’s biggest Neo Geo fanatic, Nathan Barnatt (aka Keith Apicary) as the sleazy salesman trying to peddle the “hotter” game.

As a reminder, Sonic Mania Plus retails for $29.99, but the “Encore” DLC is going for $4.99. “Encore” is all the extra features for people that have previously purchased Mania and just want to upgrade.