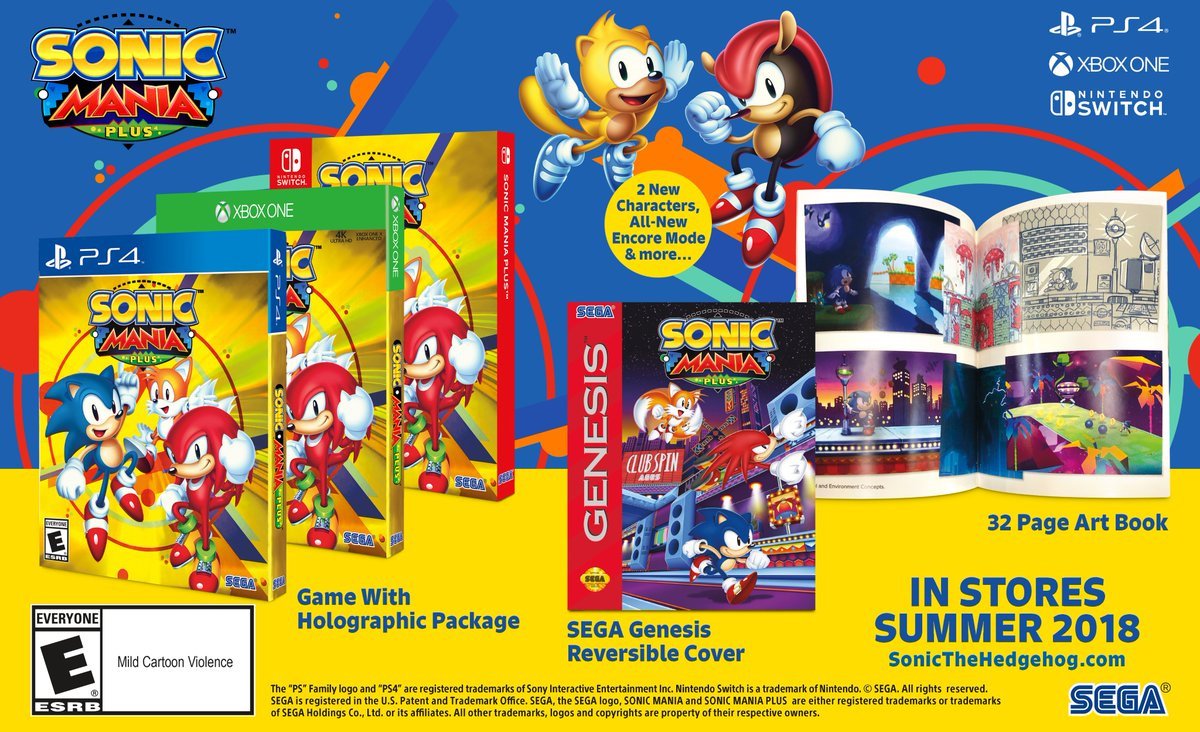 The physical release is $30

This afternoon at SXSW, Sega announced Sonic Mania Plus, an expanded version of the hit throwback platformer coming to PlayStation 4, Xbox One, Nintendo Switch, and PC this summer.

Sonic Mania Plus features Mighty the Armadillo and Ray the Flying Squirrel as bonus playable characters, a new Encore Mode that’ll give existing players another reason to go through Sonic Mania again, an expanded four-player Competition Mode, and a 32-page art book. Physical copies will cost $30, and the new content will also find its way to digital owners via an update (with pricing TBD).

I don’t know how much the rest of you care about reversible cover art, but the Sega Genesis-style box alone makes the physical release super tempting for me. Thirty bucks isn’t bad at all.