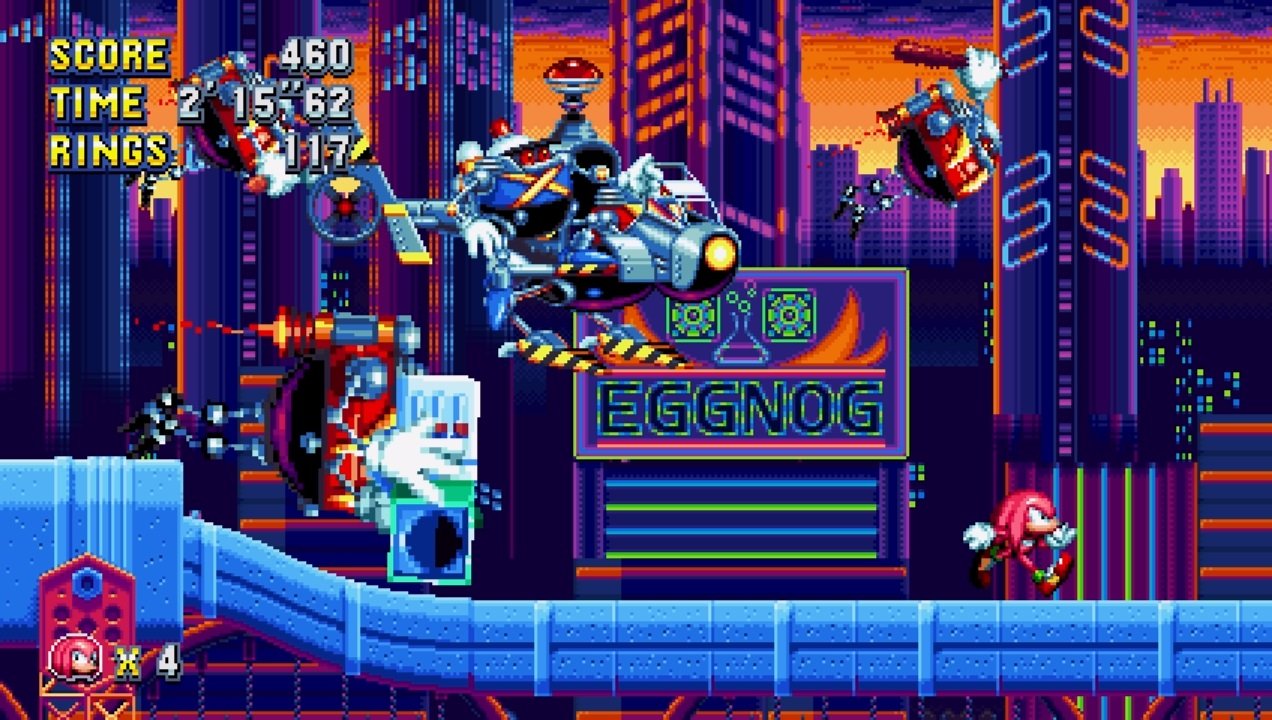 Little Sibling Syndrome took over big time as I visited Sega’s San Francisco office last week. I was there to see Sonic Mania, an upcoming throwback to the hedgehog’s glory days. In an attempt to lead the demo, a Sega representative played as Sonic and I played as Tails. God, that was the worst.

We were moving through Green Hill Zone: Act 2, a level of Sonic Mania that had not been shown off yet. Helping was almost futile. Sonic would jump on enemies, collect rings, and buzz through secret passages. Tails would get lost, fly in at the last minute, try to grab a ring or something, and then be left in the dust again. Playing as Tails is terrible. No one should have to play as Tails.

As for how Sonic Mania‘s shaping up, this demo did a lot to make me think that Jordan and I were spot-on in our assessment late last summer (for those who are wondering, I did eventually get to play as Sonic):

Long story short, this feels like a faithful recreation of what everyone loved about Sonic in the Genesis era. That’s in part because, well, it sort of is the Sonic of the Genesis era. The Sega rep told us that the game is about 60 percent remixing levels from past Sonic games and about 40 percent using ideas that are new or that were never implemented back then.

It works wonders in execution. It’s fast and tight and full of different directions to go. Power-ups from Sonic 3 are right at home against the original’s backdrop. The mix of familiar-yet-different old stuff and the new content is enough to make it feel fresh while still scratching that nostalgia itch.

It helps that Sega nails the detail while peppering in some obscure homages. We noticed a particularly good animation in the Studiopolis zone when Sonic gets launched by some big round balls. Later in the level, we ran into a giant popcorn machine that also sent us flying upwards. The Sega rep explained that’s a nod to the Sega Sonic Popcorn Shop in Japan, a famous Sonic-themed machine that dispensed popcorn. Mania seems like it’ll be full of moments like that, whether you recognize them or not.

We’ve only seen three levels so far, but it somehow feels like we’ve seen so much more. Sonic Mania seems like it just gets it — so much so that it’s almost unfathomable that there’d be a misstep so significant as to derail this project. Understanding what makes a good 2D Sonic game is half the battle and the Sonic Mania team looks like it has it figured out. This is a fantastically good Sonic game in 2017 (as long as you don’t have to play as Tails).