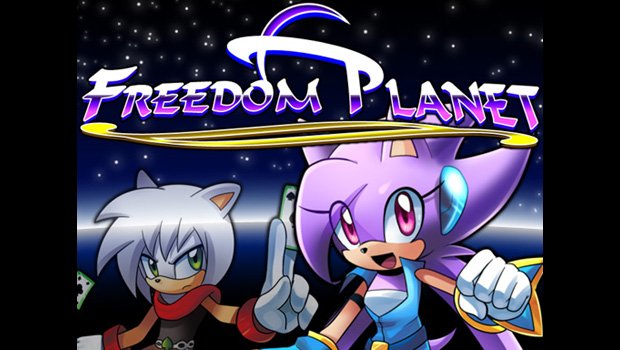 Who doesn’t love a good clone? As much flak as people like to give certain games for playing too much like other games, its nice to see a well-established style or formula applied to a new world with original characters from time to time.

Indie studio GalaxyTrail has just released a demo for the team’s latest PC title, Freedom Planet, a colorful mascot platformer heavily inspired by the Genesis-era Sonic the Hedgehog games. Your characters in the demo, Lilac and Carol, run at high speeds over hills and down ramps, roll through rock walls, and generally bounce round like pinballs. However, there are a few tweaks that distinguish Freedom Planet from Sonic, such as a health bar and an air dash ability similar to Sparkster’s from the Rocket Knight series.

It is quite the lovely-looking game. There are no harsh, black outlines to any objects, thus the art has a very soft, painterly quality. The controls are extremely smooth, a perfect complement to the fluidity of the on-screen action. My only complaint thus far is that the foreground in the demo level is quite bland. Other than that, I see no reason why you shouldn’t check out the demo right away.