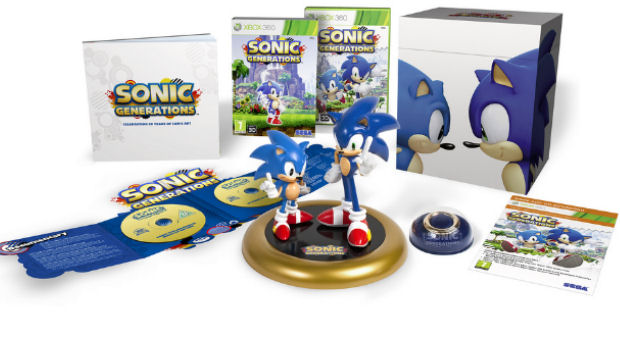 SEGA has revealed a Sonic Generations collector’s edition, due to arrive exclusively in Europe. It’s a pretty intense production, with some items that serious Sonic fans are going to love.

Here’s what the package contains:

The edition comes wrapped in fancy lenticular packaging and looks pretty damn classy overall. So … which of you British readers are going to ship this to me in the States? I think I need this.