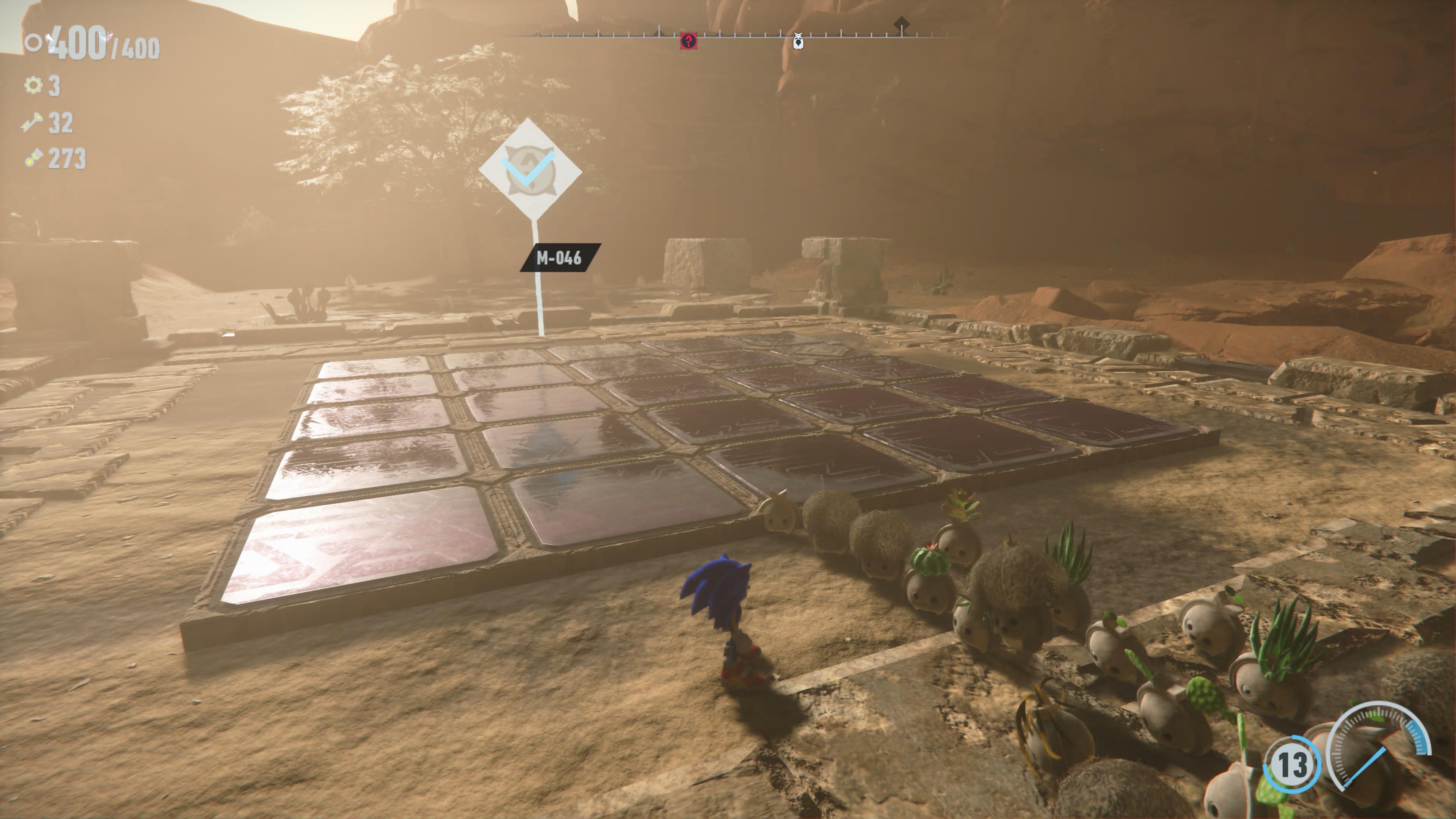 Return to the desert

Once you make your way to Ares Island (the second major location in Sonic Frontiers), the tempo is turned up a bit in terms of puzzle complexity.

For the most part it’s nothing too tough: but a lot of the existing puzzles from Kronos will be a little trickier, and you’ll get some new ones. Here’s how to solve puzzle M-046. Make your way toward the ridge, and you’ll find M-046 on a raised platform. 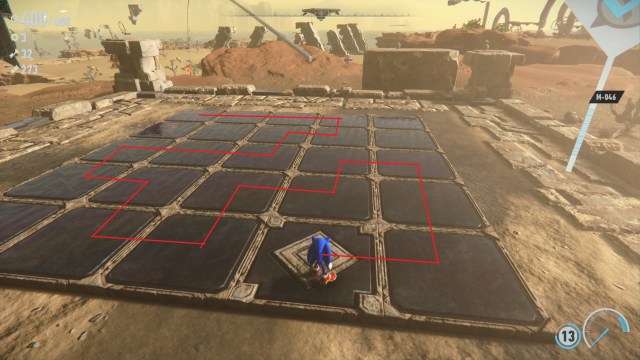 Like other floor-based “lights off” logic puzzles, there are several solutions for M-046. Here’s one of them above.

Remember, all you need to do is stand on each lit tile once to “turn it off,” without stepping on a tile you’ve already stepped on, or a blank “off” tile. If you’re going to try and solve it on your own, take your time and plan out a way that prevents you from getting trapped at the end.

If you fail, worst case you can just try again: you get unlimited retries.