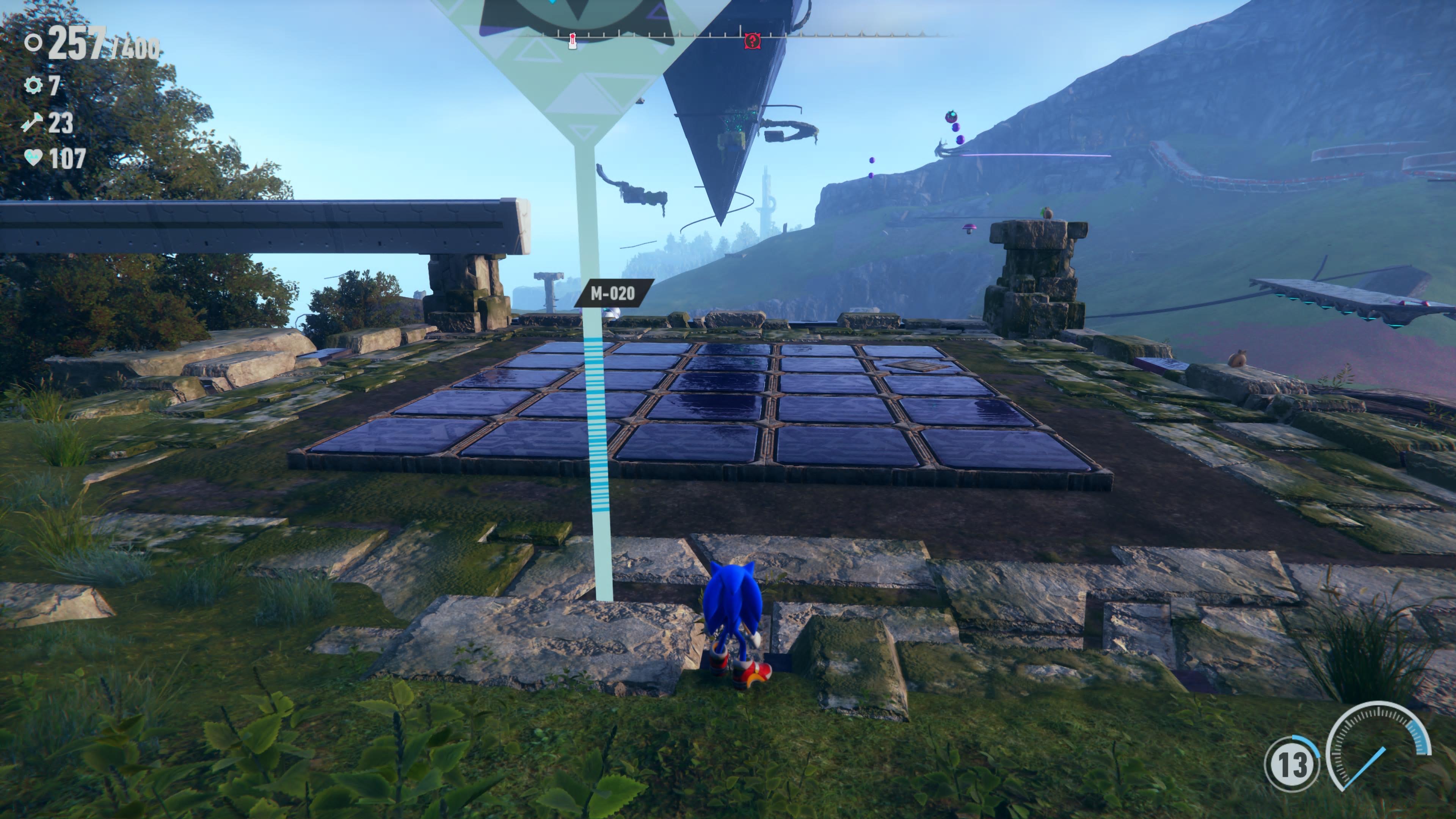 One of many logic puzzles

There’s a good balance between Sonic Frontiers puzzles that you need to figure out how to trigger; and puzzles that are completely obvious.

The square-based logic puzzles are part of the latter category. Puzzle M-020 is located on Kronos Island, toward the western side of the map.

You’ll find it just to the left of the yellow Chaos Emerald: which stay on the board even if you’ve completed them. They’ll serve as really obvious and clear markers for where to go when you’re hunting down those last few puzzles. 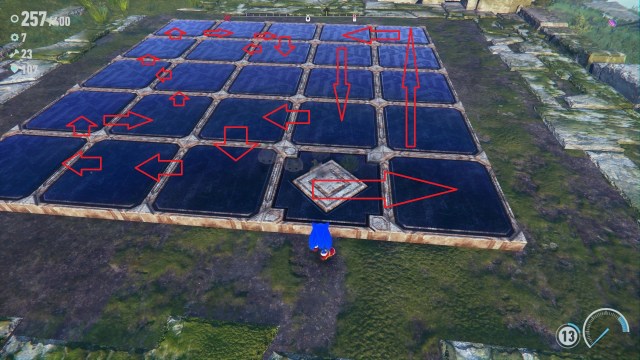 Your job is to run from the start (the diamond symbol) to the end, and “lights out” all of the glowing tiles.

To do that, you’ll need to run along only lit up tiles, without crossing back over into dark tiles. You can approach most of these puzzles in different ways, including the route you take, or the order of said route. With that in mind, we do have a full solution that you can use above.

As a general rule, try and run in “L” shapes, and close up gaps on the path to the end without cutting off entire paths.