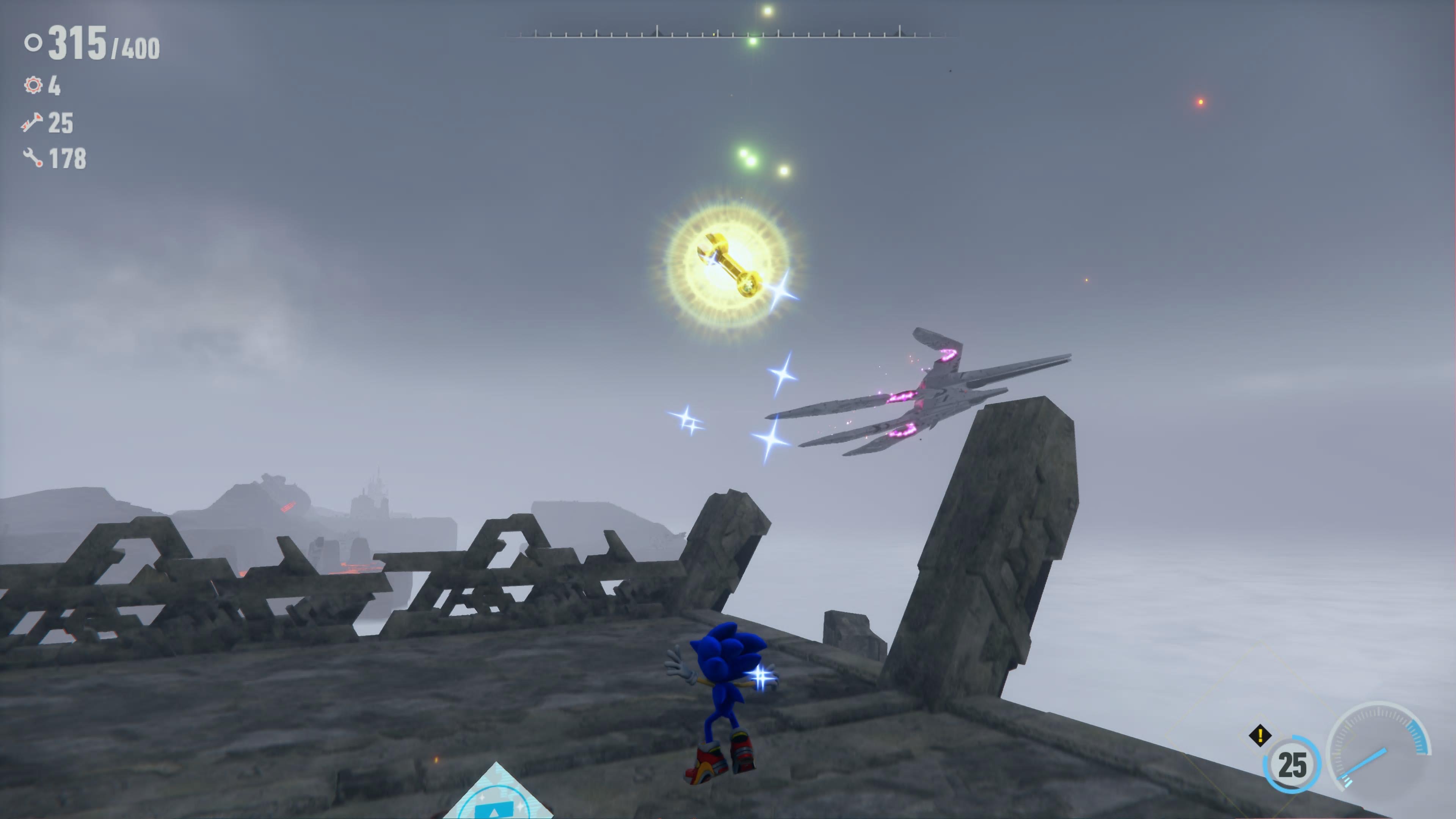 This boss looks big and bad, but it’s almost like a normal enemy

As you make your way through the Sonic Frontiers map, you may come across “world bosses,” in the form of Guardians.

They seem daunting at first, especially with their dramatic intro: but you should run headfirst into them and take them down with ease. 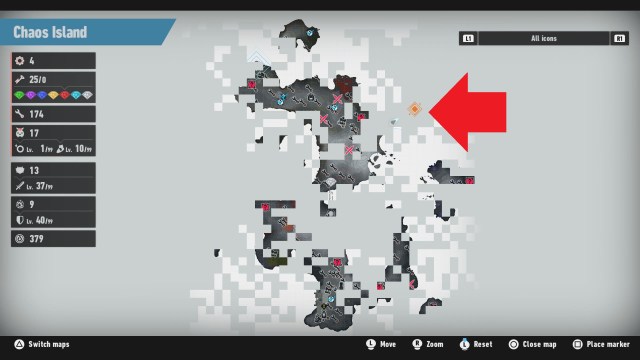 You can find a Fortress boss enemy right at the above location on the map, in one of the most northern points of the map. The Fortress will be flying around the general area.

To initiate a fight, you just need to get close to the Fortress. Run along the edge of the map to the east of the temple at the above location, and the Fortress will engage you.

After approaching the Fortress, a short cutscene will play that signals that the fight is on.

At this point, the Fortress will slowly approach you and attempt a bombing run. These projectiles are very slow and don’t really have a large radius, so just stay away from the Fortress (while following it) and you’ll be fine. After chasing it for a bit, the Fortress will unveil some rails in the sky: jump on them to start the real battle.

From here, everything is going to be really self-explanatory. Ride on the rails, press L1/R1 [LB/RB] to avoid the lasers (which have a lengthy tell), and make a point to ride on the blue rails as much as possible. The blue-lit rails provide you with infinite boost (R2/RT), which gets you to the heart of the Fortress quicker.

Keep riding the rails until you start to get really close to the Fortress, and a lock-on target appears. Press the attack button and do not jump. If you attack it at this short distance, you’ll immediately rush into it. If you try and jump or finesse or move around: you could miss, and reset the fight back to the beginning of the rail section.

Once you hit the Fortress once, it’s open for combos for a short time. Bring out your best one (pressing attack while holding jump is a great late-game easy combo) and you should finish it off in just 15 seconds or less, in one go. If you don’t, repeat the above steps.