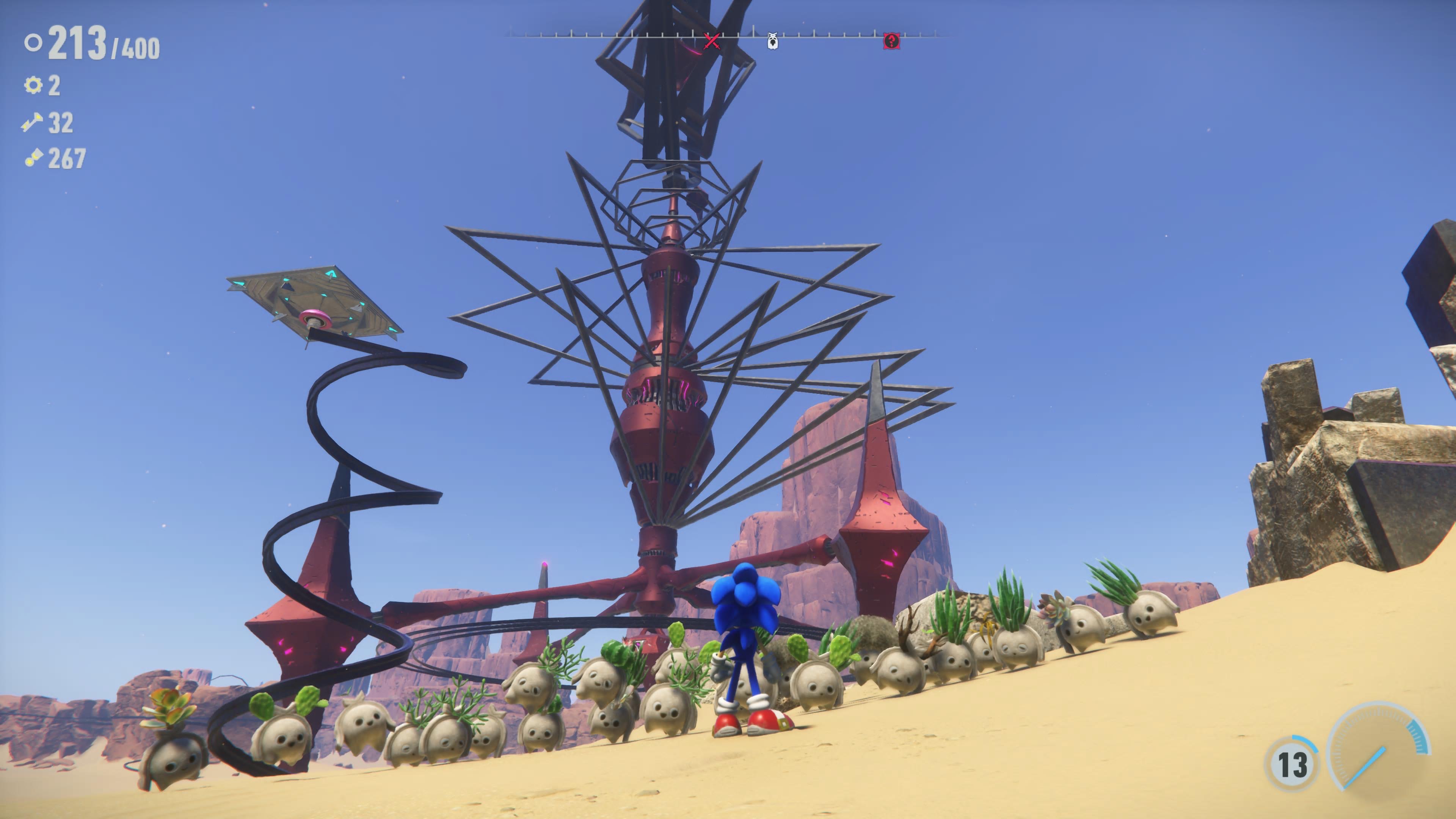 Out of all of the Guardians in Sonic Frontiers, the Strider has to be the goofiest looking of them all. You literally cannot miss them in the Ares island region: as they tower over most of the map. To kick off the fight just approach them, allow the game to start that boss title card, and get ready to grind. 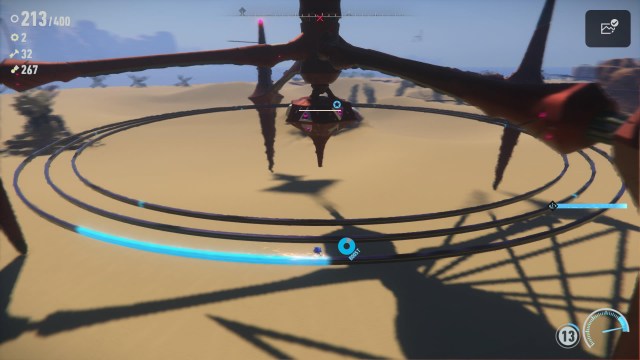 Grind up to the boss and complete each circle

After the intro cinematic, the Strider will conjure up a series of rings close to the ground. You’ll be using these to fly up to the main platform: where you’ll actually be fighting the boss.

Think of the initial set of rings as a tutorial. If you fully travel around a ring (make sure you boost), it’ll turn blue, and bring you closer to the boss. Keep repeating that process to get a feel for the speed of ring travel.

Head to the center platform

Once you’re up and close to the boss, the battle begins. Your job is to make all three big rings blue by traveling across them. Initially, the Strider will just shoot a really slow moving single laser on one track, which is super easy to dodge.

One quick tip to keep in mind is that you can actually boost completely around one ring faster than the Strider laser can go out: as soon as the first ring is completed/turns blue, swap to the next ring with L1/R1 (LT/RT) and repeat the process. You can boost around all three rings before the laser swaps to another track.

After finishing all three tracks, you’ll get the chance to jump off the rails into the center platform, where the Strider is vulnerable. Use your best combos against it, but expect to deal with a second phase.

Now you’ll need to do the exact same process again, but with considerably more projectiles in play. In addition to swapping tracks, make sure you jump/double jump to clear most of the hazards with ease. Also don’t get too hung up on clearing each ring perfectly: if you miss a portion of the track, you can always go back and do it on another run.

Just take it slow and steady, as rings will fly off the platform, making it hard to maintain a steady flow of HP (rings).