Not great, not terrible

[Update: Apparently, just this morning, Sega decided to subtitle both Sonic Boom for Wii U and the upcoming Sonic 3DS game. Sonic Boom on Wii U is now Sonic Boom: Rise of Lyric, and the 3DS title is Sonic Boom: Shattered Crystal. This preview only looks at Rise of Lyric.]

Heading into a recent play session with Sega’s Sonic Boom, I was filled with odd, conflicting senses of hesitation and anticipation. Would this be an all-out trainwreck that I had to cringe my way through? If I set my internal bar low enough, would I be strangely surprised? Heaven forbid, might it actually be good?

The Sonic name has sat in an uncomfortable place for years now —  past failures in the franchise simultaneously meriting both more lenient expectations and a more critical eye to future installments. Sonic Boom looks to be no exception. Its faults stick out like poorly bandaged sore thumbs, but some of them are sort of acceptable because it’s Sonic. Sort of.

The demo that we were shown was broken up into a few different sections that could be selected. There was a level from the campaign, a boss fight against Doctor Eggman, and a fast-paced, on-rails level to zoom through. They all played very differently from one another, and gave good indication as to what Sonic Boom‘s strengths and weakness truly are. 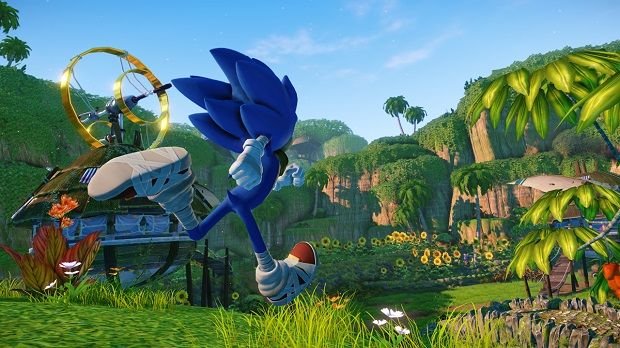 I attempted the quick, zoomy level first because I knew that it’d be the one that felt the most like the Sonic that I knew. Unfortunately, it was the roughest around the edges. Sonic Boom isn’t necessarily equipped to deal with fast camera changes and dexterity-dependent platforming, making this mode nothing more than an exercise in frustration. There were several paths to take along the way, each one leading to more or less rings. Every route I took was nothing more than blind luck, as it felt as if the level was a blur. It seems that to succeed at these, it’ll take a lot of repetition and memorizing, because skill didn’t seem as if it were a factor.

Luckily, things started to look up a bit when I took on one of the campaign levels. Sonic Boom‘s supposedly geared more toward exploration and combat than platforming, and it showed. A taste of the combat came first, as Sonic and Knuckles tried their hand at melee attacking a group of enemies. There’s a combo system in place that assigns letter grades based on performance, but it looks to only be based on number of hits and not variation of moves. Also in play is some sort of collectible currency (apart from rings) that go toward what I expect will be an upgrade system, but the developers were unwilling to talk about it at the time. 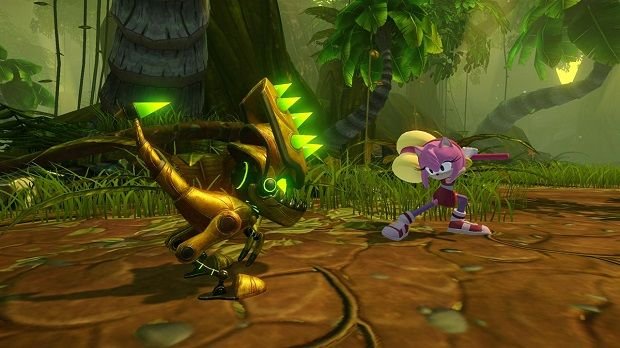 While the fighting didn’t feel terrible, it wasn’t great either. Because of the relatively simple nature of the enemies, it was still easy to succeed, but in a way where I never felt completely in control of the fray. I couldn’t put my finger on the reason why, but it may have had something to do with the depth perception, possibly stemming from the camera angles.

Truth be told, the camera would be the biggest complaint of the entire demo, as it served as the biggest hindrance. Switching between characters and using their abilities to explore offshoots of the areas for extra collectibles was a fun exercise that added a twinge of cerebrality to the mix. However, often times, actually jumping to the necessary platforms was mostly an estimation, as the camera didn’t give a correct frame of reference as to how far was needed to go. Mitigating this effect a bit is the inclusion of the EnerBeam, which acts as a whip that can latch onto certain attachments. This helps take the guess work out of some maneuvers, and adds a level of forgiveness. 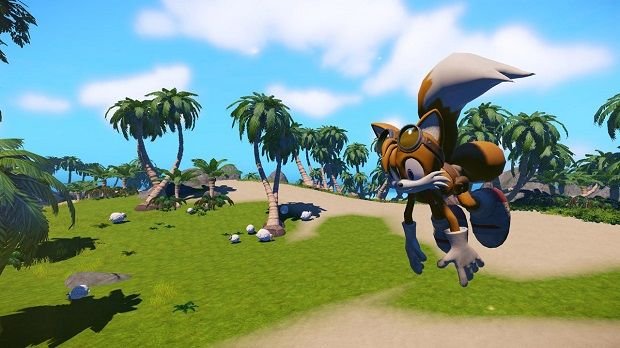 When not engaged in combat or exploring, Sonic Boom likes to bridge the gap with puzzles. The ones I saw were rather elementary, mostly using two characters in conjunction. It all worked fine enough in singleplayer, but I suspect that a cooperative partner would enhance this sensation exponentially. For what it’s worth, during these puzzles, I found myself more interested in staring at the screen on the Wii U’s GamePad than the television in front of me. I don’t know what that might indicate, but it happened.

By the time I reached the boss fight, I had a feeling for what Sonic Boom had to offer. The dust-up with Eggman featured him in a giant suit and shooting rockets which either crashed into Sonic and/or Knuckles, or came to rest on the ground. The goal was to pick up the undetonated ones and use the EnerBeam to fling them back at the evil doctor. It wasn’t the most original take on a boss fight, but it wasn’t bad.