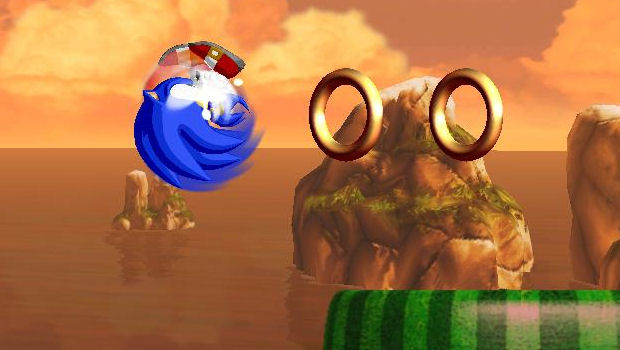 Sonic the Hedgehog 4 aims to be the game that fans have been wanting for years. The operative word in that sentence is “years.” Knowing that the diehard Sonic fanbase has been asking for a game like Sonic 4 for so long, why has Sega only now decided to create it? While at E3, I asked brand manager Ken Balough this very question.

“I think it’s a combination of things,” explains Balough. “I think yes, fans have been demanding this game for a long long time and obviously we’re in the business of giving fans what they want.

“The other thing is we had the right team in place at the right time. We have a group of people that have an incredible passion for Sonic that goes back years.  We on the team grew up with Sonic on the Genesis and this is a project that we’ve been wanting to make so we just thought ‘yes, our new project is Sonic 4.’

“… Sonic’s a lot of different things to a lot of different people,” he added. “We’re gonna try and hit the broadest audience possible with this game, but at the same time we know who we’re really making the game for, and that’s people who love digital stuff, loved Sonic in the classic days, on the Megadrive and Genesis. We want to make you feel like you’re a kid again, in your parents living room, playing that hardware.”

I also asked Ken how Sega has been answering the cynics who think Sonic can never be good, and how the publisher is dealing with the poor reputation that has been earned by their blue hedgehog over the years. His answer was as curt as it was smirksome: