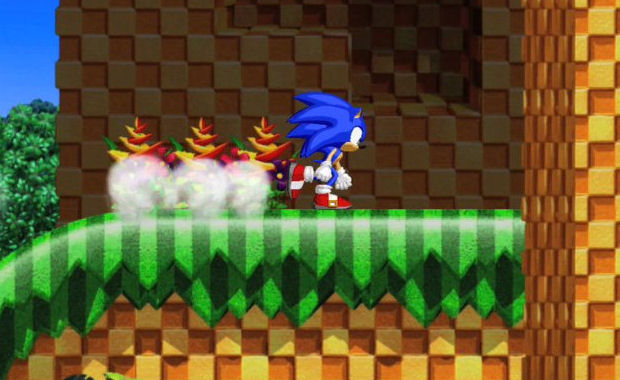 While the Internet is still buzzing with Sonic the Hedgehog 4 gossip, now would be a good time to mention that the “Summer 2010” release window for Sega’s big blue reboot has been narrowed down to July. This is thanks to some sleuthing from those scarily obsessive Sonic fans of the Internet.

The current teaser imagery for Sonic 4 reveals the game will come to Wii, PS3 and Xbox 360, with one platform blacked out. You may have already heard this, but the platform in question is the iPhone. Sony loyalists dug around in the game’s official site, pulling out assets that revealed the iPhone platform, along with the July release month.

While we wait for more information, feel free to read this article, where I told people to shut up with their moaning about Sonic 4.

Sonic the Hedgehog 4 Coming to iPhone, All Versions Out July 2010 [The Sonic Stadium]