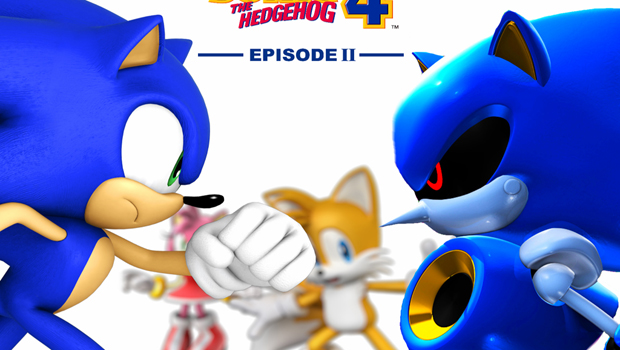 The main point I got from this interview is that Sonic 4 Episode II is going balls out to make everyone happy. The game works to acknowledge old school fans by bringing back the same brand of lock-on technology found in Sonic and Knuckles. By virtually “locking” Sonic 4 Episode I onto Episode II, you access the ability to play through a reworked version of Episode II with Metal Sonic. Dubbed “Episode Metal“, this revamped version of the game will feature all new cut scenes that bridge the stories of Sonic CD, Episode I and Episode II.

For those who are more into “futuristic” features, Episode II will utilize cloud storage saving, allowing anyone who gets the game on iOS or Windows devices to share that data with multiple forms of compatible hardware. Speaking of multi-platform, we talk a little bit about why the game isn’t headed to the Wii. It sounds like a Wii U release is something Sega wants to do, though I’m sure that will be largely determined by how well Episode II sells.

It sounds like Episode II‘s sales will also determine if the future of the Sonic 4 series as a whole. Personally, I’d rather Sega just release a Sonic Generations-sized version of Sonic 4 and be done with these periodic releases. Would you rather throw down $50-$60 for a New Super Mario Bros. Wii-sized 2D Sonic title, or would you rather buy the game piece by piece?