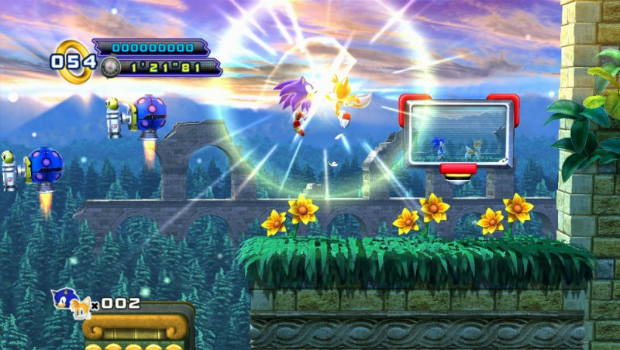 “Rain chili dogs” is Sonic speak for “release date” (that cartoon influenced me to eat way too many chili dogs back in the day). Just like the first Sonic 4 title, Episode 2 will be coming out for every platform under the sun.

Release dates are as follows: May 15th (PSN), May 16th (XBLA), TBA May (iOS, PC), June (Android), Windows Phone (July). Sega has also revealed that if you have already bought Episode I, you will unlock Metal Sonic for free in Episode II. As previously announced, Tails will also be fully controllable via local coop.

I have to say, unlike the serviceable yet fairly bare-bones Episode I, II actually looks pretty worthwhile right out of the gate.

Gamespot On the Spot [GameSpot]