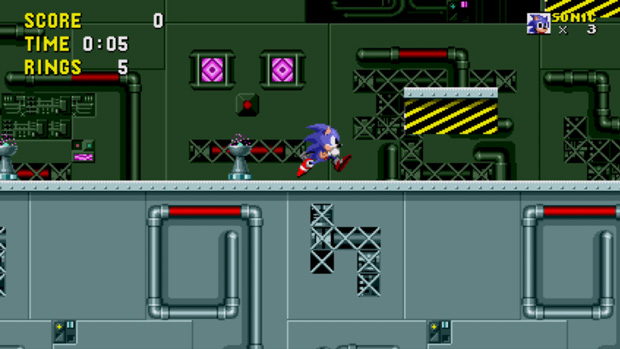 SEGA is bringing Sonic the Hedgehog to mobile devices? Color me surprised!

Sarcasm aside, you might not want to completely disregard this latest nostalgia cash-in. Instead of a straight port, Sonic 1 is receiving the same treatment as the recent Sonic CD re-release, which means widescreen support, a remastered soundtrack, and other goodies. The game is being handled once again by Christian “The Taxman” Whitehead and his incredible Retro Engine, which was formerly used to develop fan games with Genesis-accurate physics. Joining Christian this time is Stealth, another prominent member of the fan game community and project lead of the amazing Sonic 1 overhaul known as Sonic the Hedgehog Megamix.

The Android version of Sonic 1 will arrive this month for $2.99, and I’m assuming the iOS version will be out around the same time. If you happen to own the older Sonic 1 build currently available, you’ll be able to add the new features with a free update. Additionally, it’s likely that Sonic 2 is next on the remastering schedule.

Forgive me for sounding like a broken record, but it’s clearer than ever before that fans understand the intricacies of their favorite childhood games better than the companies that developed them. I’m just waiting for SEGA to finally give The Taxman and Stealth the go-ahead to build a 100% original 2D Sonic sequel.

SEGA Announces The Original Sonic The Hedgehog For Android, Coming In April For $2.99 [Android Police via Sonic Retro]