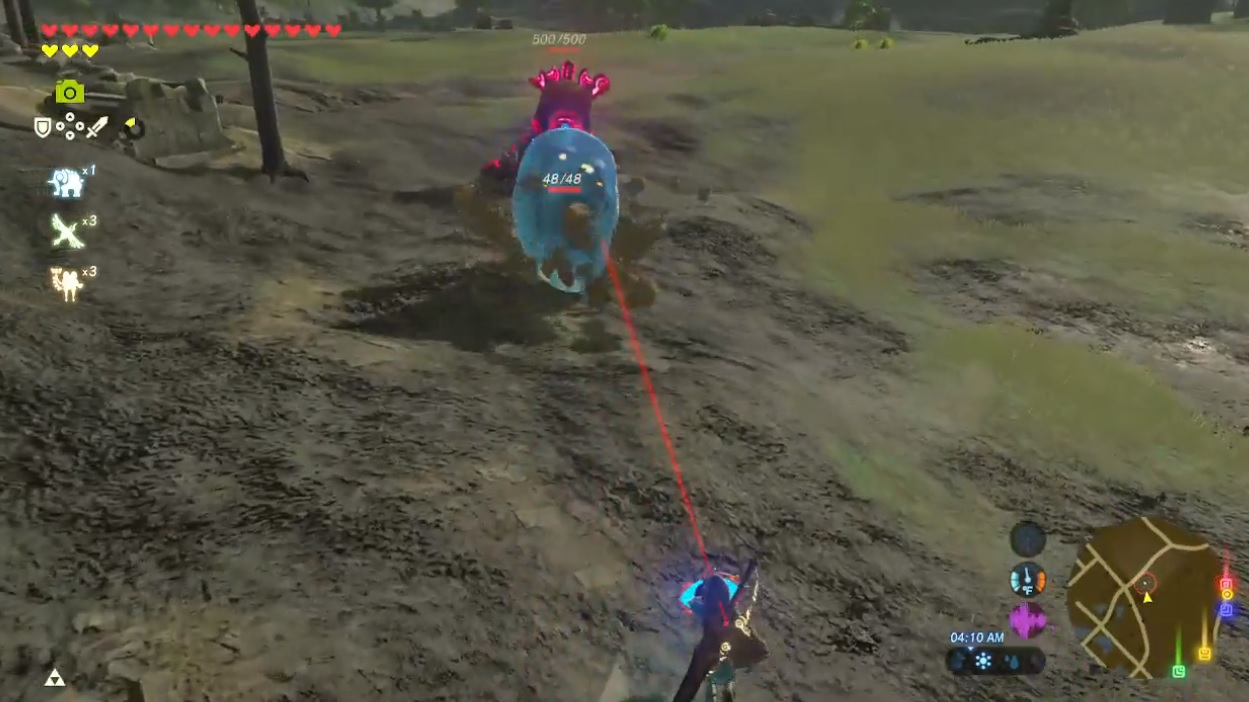 As I’ve said many times, there are different flavors of Zelda videos.

Sometimes I’m in the mood for a full-on action clip, which I’ve dubbed “stunt videos.” On other occasions, I want to see something no one has seen before, and be on the cusp of a brand new discovery. This video is neither of those things. But it’s totally the video we need right now.

Reddit user link_the_champion (good name) was strolling across Hyrule one day and came across a Guardian, as one does in Zelda: Breath of the Wild. But just as they were going to be pelted by a laser, a blue Chuchu rose up from underneath the ground and saved them, getting blown up in the process.

Was the Chuchu benevolent? We’ll never know for sure. But its timing is impeccable!