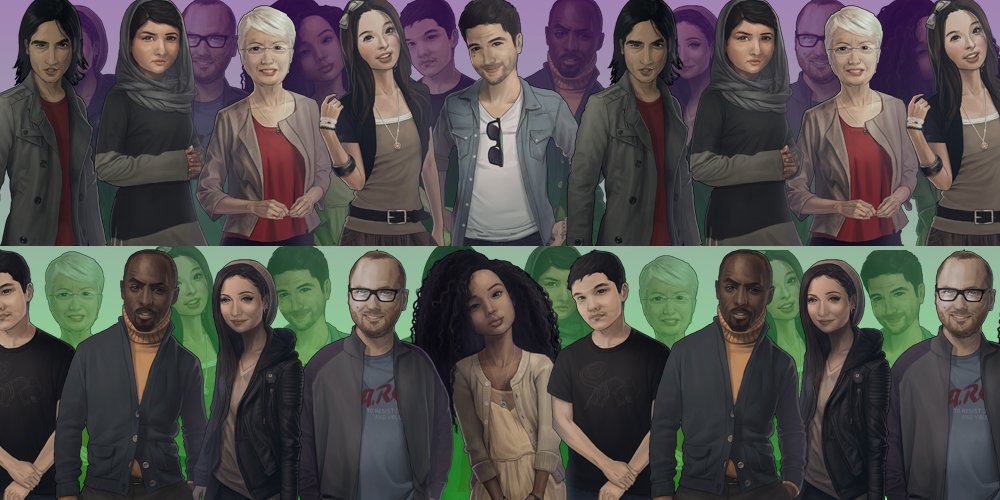 During these uncertain times, many have clung to the new Animal Crossing for comfort. It offers players a world with enough structure to help make sense of existence, but not so much that you ever feel trapped or otherwise punished. It’s less an attempt to recreate real life in a video game world, and more an effort to recreate it as something easier, safer, and kinder.

It also starts to feel like a hamster wheel after a while. Mind you, it’s a pleasant one. The music is sweet, and everything is cute and/or beautiful, but to the point where it sometimes feels like an effort to pacify you. If they had hooked Neo and the rest of the gang from The Matrix up to this game, they probably never would have wanted to wake up.

Sometimes Always Monsters, the sequel to Always Sometimes Monsters, can be similarly relaxing. It’s far more attractive than the original, with silky-smooth animations and more realistic – but still attractive – characters. It also lets you do whatever you want, and be whomever you like.

The main difference is, it doesn’t go out of its way to give you carrots to chase. Like real adult life, you can’t just sit around and wait for it to shower you with meaning and happiness. There are no signposts to tell you what you should and shouldn’t do. You have to make it up as you go along, and sooner or later, the mistakes you made are bound to catch up to you, if they don’t make you rich and famous first.

You’re a well-known writer now, and for at least part of the story, you’re working to complete your next book while aboard a bus with other creative types, trying to interpret why some love you while others hate you. The bus is probably a metaphor for the game itself. You get on, you see where the driver takes you, but you can get off and do your own thing more often than not.

The game has over a million words of dialogue, though you won’t even come close to seeing all of them in one playthrough. If you carry over your save from Sometimes Always Monsters, you’ll have certain outcomes in some instances, but that’s just one of the many, many ways the story can splinter.

You can skip the entire main plot and just do “side quests” like sitting around, going to the carnival, doing drugs, or writing your book. But if that’s what you do, there will be consequences. There are always consequences.

That’s literally true when you’re writing your in-game book through free text. Everything you type is recorded, and it’s all going to amount to something someday. But will it be any good? Do you even like it? Do you like yourself, and the story about yourself that you’re telling as you play the game?

Sometimes Always Monsters makes no effort to lead you to safe, comfortable answers to these questions, and sitting with that discomfort is interesting.

Do you remember the opening sequence of Uncharted 2? The bit where all these important, dangerous, unpredictable things seem to be happening, but the player just has to hold up and occasionally press a button when prompted in order to get through it? It’s like that, except the exact opposite in every way.

This theme of being able to do whatever you want, but without confidence in the outcomes of those actions, is promised to be the game’s throughline from beginning to end. One potential ending puts you both in full control of your destiny while completely robbing you of your autonomy at the same time, leading you to almost certain death. It’s a death that maybe you deserve, but it’s certain that not every player will react that way. How you react will say a lot about you.

It’s going to be fascinating to see people stream this one, turning their real experiences in this fictional world into a half-virtual, half-actual performance for all to see. That performative appeal has done wonders for the success of Animal Crossing, and it might do a lot for Sometimes Always Monsters too, though it remains to be seen how much Twitch will tolerate all of the game’s content.