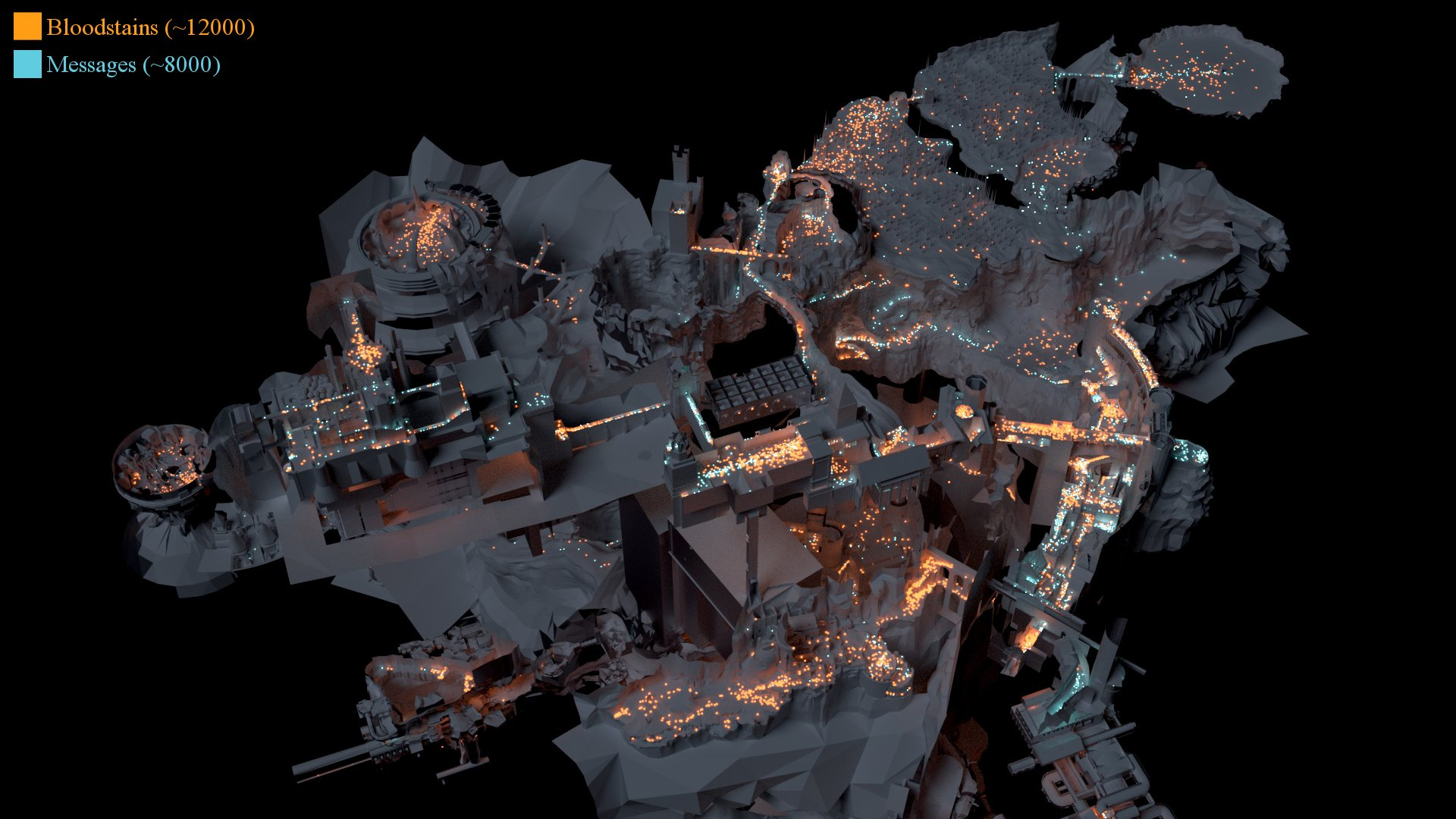 I live for this stuff

The early hours of Dark Souls can be brutal as you work out how to survive long enough to find that next just-out-of-reach bonfire. Or, if you’re anything like me, you fought a bunch of skeletons in a graveyard for an embarrassingly long time before realizing you weren’t meant to go that way yet. So many attempts, so little progress. You’ll never forget your first From Software action-RPG.

Twitter user DriftItem has been cooking up a neat Dark Souls project: a map of Lordran visualizing our many, many bloodstains (deaths) and messages. My eyes went straight to the graveyard outside Firelink Shrine, then I had to look for the Bell Gargoyles, Hellkite bridge, and Capra Demon.

I made a visualization of ~20000 DS1 bloodstain & soapstone message locations. It’s quite interesting to see where people struggle the most. #DarkSouls pic.twitter.com/hoHanF0yIt

It’s tricky to work out every single blood-soaked landmark. Here’s the annotated version:

Not pretty but here you go… pic.twitter.com/64RgCJD0HO

“I’m collecting the data with a custom game client I wrote,” says DriftItem. “Data preservation is one of my goals. DS1 multiplayer data isn’t stored on a central server but traded between clients. Once the DS1 remaster comes out and player number go down, a lot of data would get lost for ever.”

It was sad to see the Demon’s Souls servers go offline last week. While I’m still holding out for an eventual remaster, I’m happy knowing these games will always live in our memories.