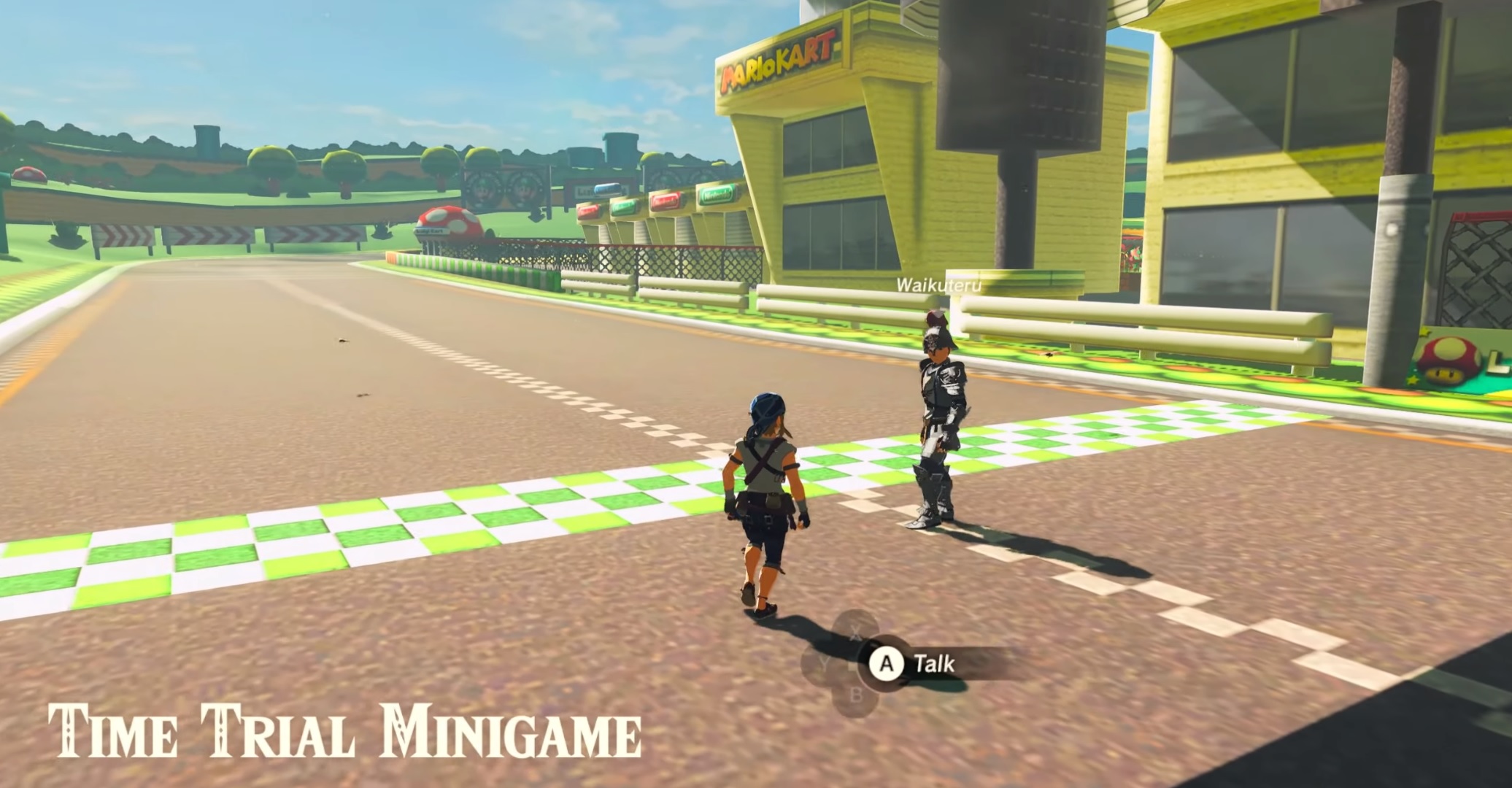 I have just about every Mario Kart track burned in my brain at this point, alongside of most of the map of Zelda: Breath of the Wild. Naturally, it was only matter of time until someone combined the two.

Over on YouTube, a Breath of the Wild modder named Waikuteru managed to recreate Luigi Circuit (based on the Wii version of Mario Kart) as a full-on minigame. This isn’t some half-hearted “well, here’s the track” mod either, as you’ll use the Master Cycle Zero to navigate it.

The track also has its own extensive intro cutscene complete with an NPC, as well as hazards to avoid like a classic Zelda minigame. The track itself is also highly detailed, with background objects as well as crowds filling the stands. It’s also a multi-lap course that changes between go-arounds.

Waikuteru has released the map for their Patreon supporters already, with a plan for a full public release on August 18.