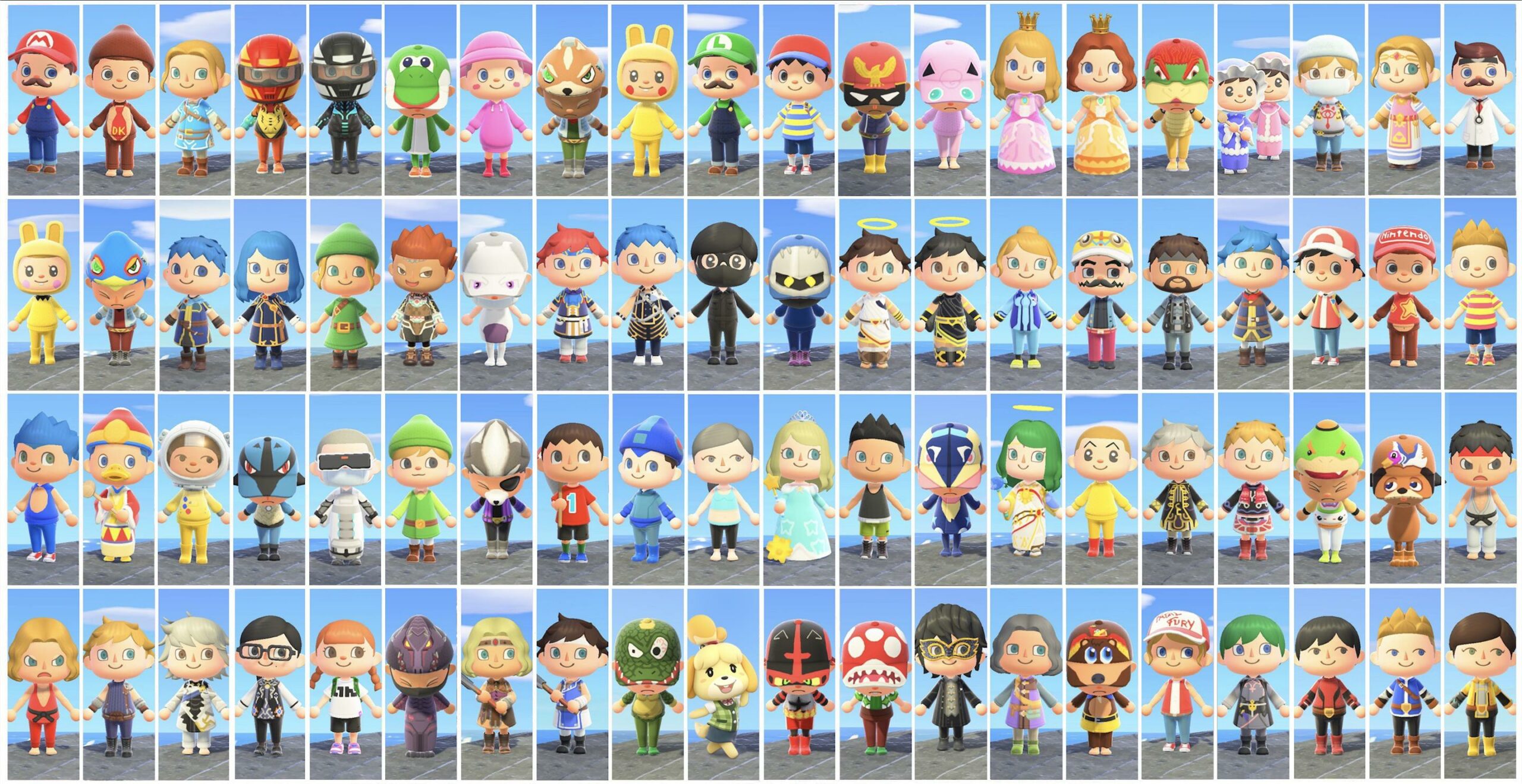 Some of these look tough!

Once you’ve exhausted pretty much everything there is to do in terms of the main storyline and various challenges, it’s time to delve into the creative side of it, which can yield dividends for folks who are keen enough to acquire a ton of different outfits and objects. Redditor DJ-Dez rose to that challenge recently, recreating every Smash Ultimate fighter with Animal Crossing garments.

It was a task that took them “over 400 hours” of gameplay to achieve (not necessarily all of it was spent on actually making the cosplay), but here we are, able to bask in the glory of this gargantuan undertaking. Every character from Mario all the way through the most recent Byleth addition is represented, with some creations providing way more trouble than others. DJ-Dez says they “did Ridley last” (circled here) because of how difficult the color schemes were. They also note that the “Fire Emblem characters were a little difficult,” because of the capes and diagonal lines of outfits, which were tough to craft in the game’s custom design feature.

Speaking of custom designs, DJ-Dez notes that “all 130 design slots” (the maximum) are all taken, so it’s going to be tough to add more for Fighter’s Pass 2. Good luck!