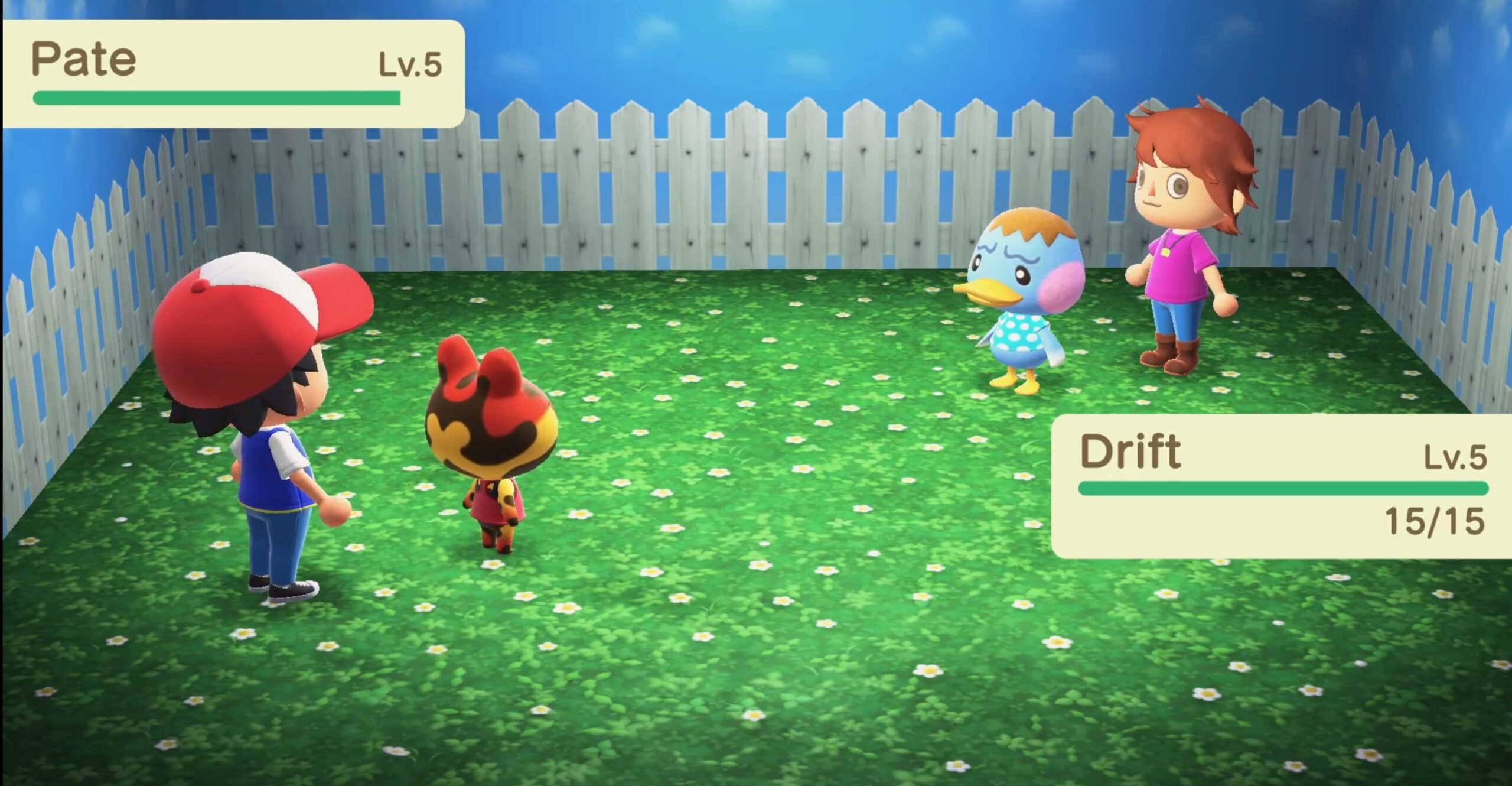 We’ve had homage after homage for Pokemon in Animal Crossing: New Horizons, but this is one of the most clever I’ve seen to date.

Crafted by The-Nooksters over on Reddit, the scene is set for a faux Pokemon battle within the confines of the New Horizons universe. Taking to the backroom of a home, two villagers managed to dress up like Red/Ash and Gary and use villagers to do their bidding: recreating an iconic first-gen starter battle (Squirtle versus Charmander).

In case you’re wondering, Drift subs in for the latter and Pate is the former. I would love to have either of them in my village: I’m sick of my hamster cage of an island.

Pokemon Battle but with Villagers [OC] from r/AnimalCrossing

The Nooksters have also taken to a recreation of the opening moments of Pokemon with the following videos: