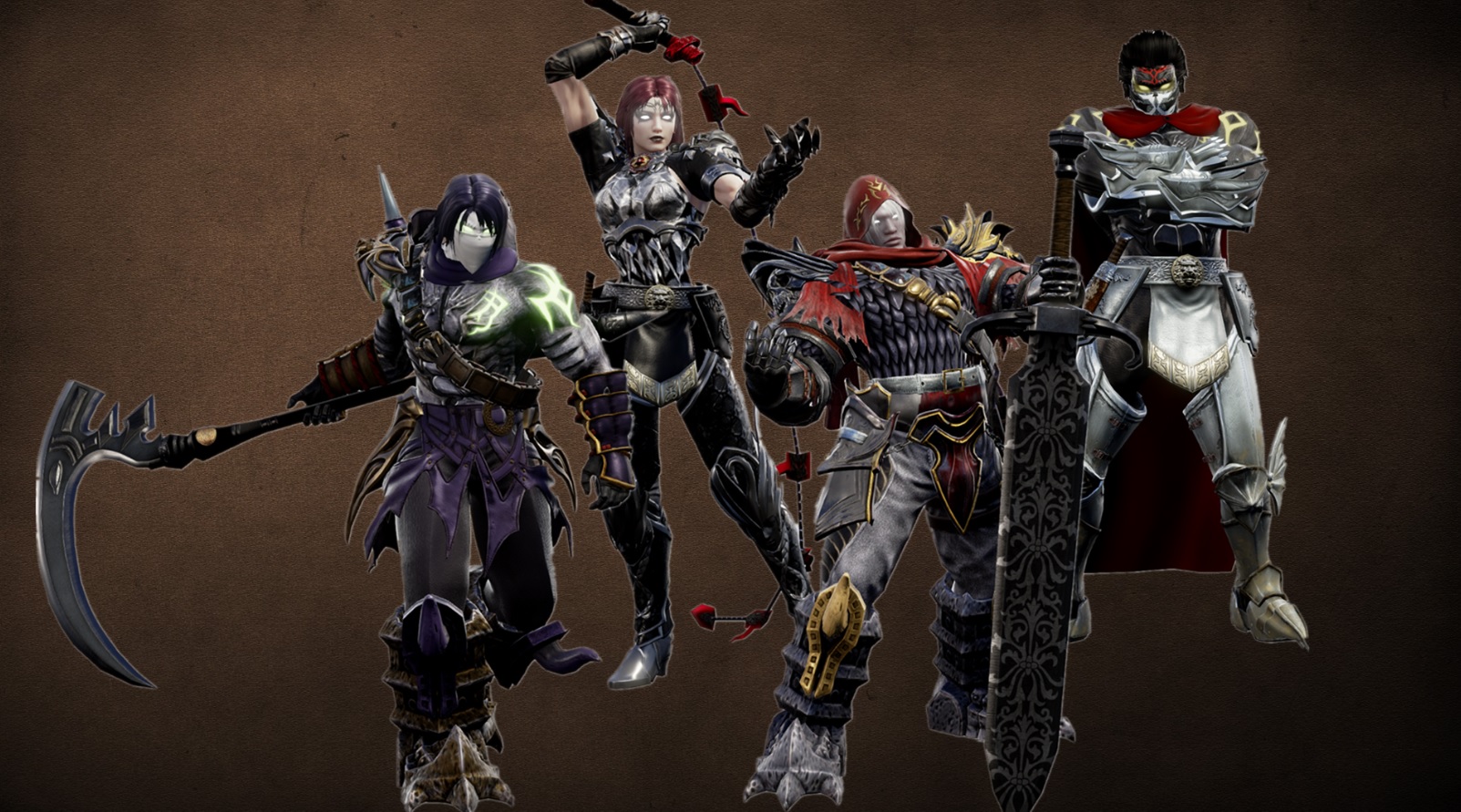 Soulcalibur VI‘s character creation tool is an absolute riot. If you need proof, scroll through this list of player-made fighters. Some of them are legitimately neat but most of them are just weird as hell. Definitely do not stop until you get to the flabby-strong Pikachu who has bat wings for ears.

This post, however, is about a project that’s designated as legitimately neat. Reddit user MagnificentBunny took the time and care to create all of Darksiders‘ Four Horsemen of the Apocalypse. They square off in the video that’s embedded above. First, War and Death go at it, then it’s Fury and Strife’s turn. This kind of infighting isn’t unheard of with the Four Horsemen, even though they are usually a cool, calm, and collected bunch.

It all looks quite good, especially considering it’s created entirely within an unaffiliated game’s customization tool. Also, it’s great seeing Darksiders in a fighting game where its characters absolutely make a great fit. Maybe this is the nudge Nintendo needs to add Darksiders to Smash. If there’s no room, Nintendo could get rid of four of the Fire Emblem characters and no one would know the difference.