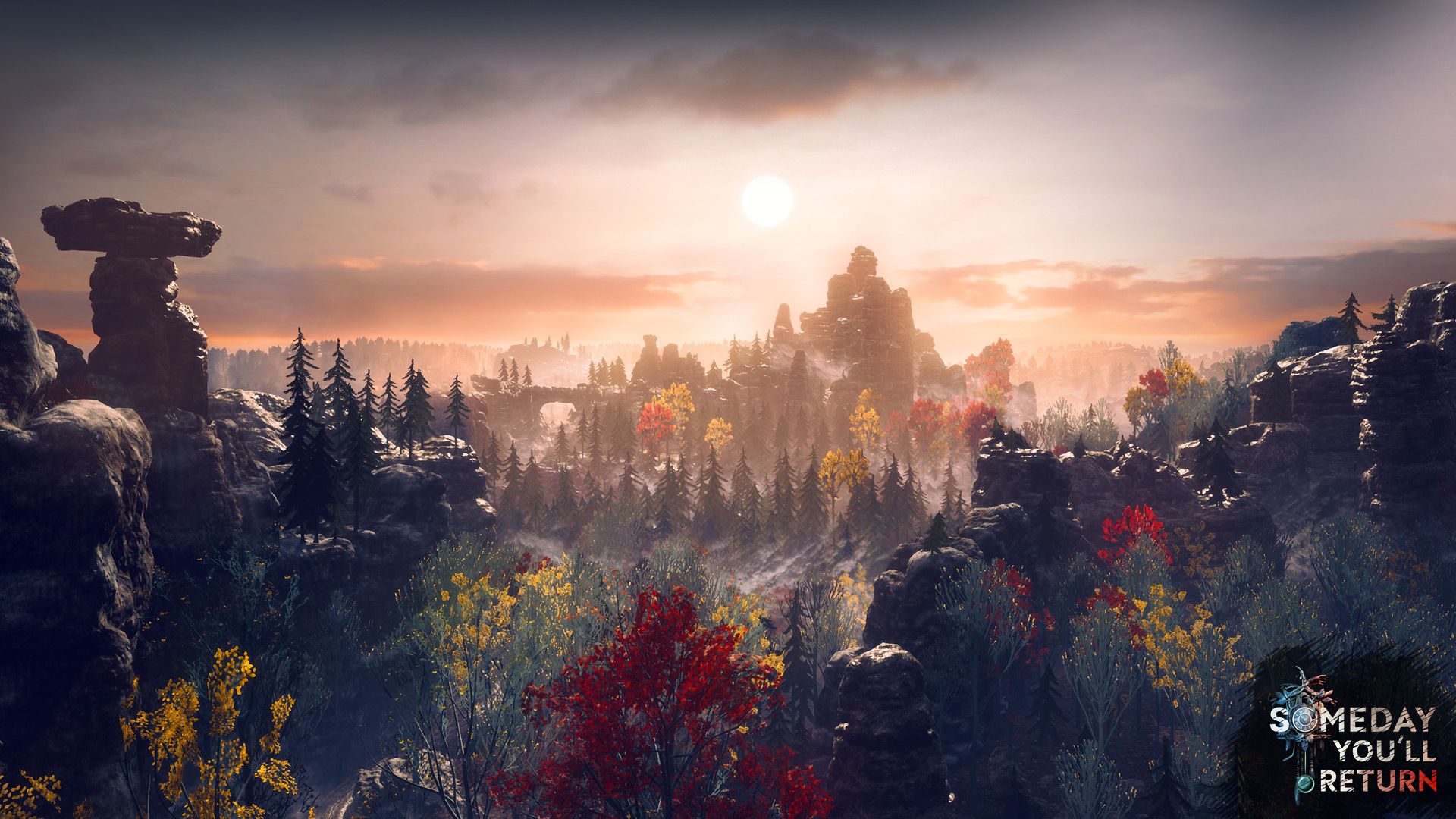 Stela, would you take me home?

Stela ran away, but it’s not the first time she’s done this. That doesn’t make it any less terrifyingly concerning for a father though. Off he goes to the picturesque woods of Bohemia where he’ll find something much more malevolent than Stela.

This is Someday You’ll Return, a just-announced psychological horror game from two-man team of CBE Software. Of course, this isn’t the type of thing that tips its hand as to what we can expect. The satisfaction lies in the surprise.

However, I saw a brief demo for Someday You’ll Return at Digital Dragons in Poland, and that shed more light than the little this reveal trailer shows. CBE is quick to distinguish this from the “walking simulator” genre, noting that this requires more player interaction. There’s a workbench where the protagonist can make use of the tools he finds, a la a point-and-click adventure. A rudimentary early puzzle had us finding pieces of wood to complete the missing rungs on a ladder.

There’s more. The game’s Steam page mentions potion crafting, an in-game smartphone/GPS, tracking, wall climbing, a karma system, and stealth elements. However, there is no combat. When I spoke with one of the developers, he confirmed that there are fail states so it’s not like this is a walk in a Bohemian park.

During our meeting, the one comparison I was given was to The Vanishing of Ethan Carter. And sure, this looks as if it could be a spookier version of that. However, CBE also makes mention of Silent Hill, Outlast 2, Firewatch, and Resident Evil 7.

Someday You’ll Return has been in production for three years now, and it’s kind of in the home stretch. It’s currently set for release sometime in 2019 on PC, PS4, and Xbox One. Someday You’ll Return already has some accolades to show for itself; at last month’s Reboot conference, it won the Game of the Year and Visual Excellence awards, while receiving nominations for Outstanding Gameplay and Special Selection.