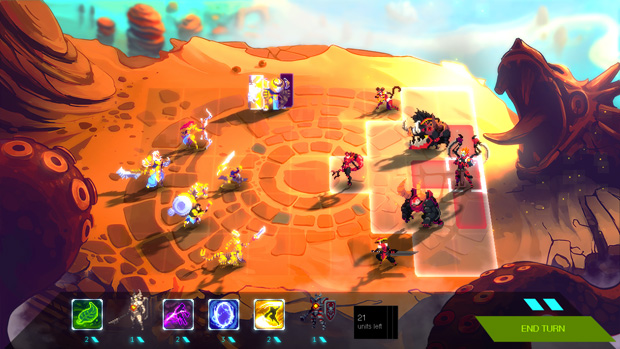 Like a game that’s already been released on Steam, for starters

When a new batch of Greenlight titles gets approved for release on Steam, I have a pretty simple routine: scan the list for recognizable names or thumbnails that show potential. That’s it.

The April 3 batch does have some games worth mentioning — Catacomb Kids, Cosmochoria, Duelyst, and Odallus: The Dark Call, at first glance — but then there’s Boogerman, which is uncomfortable to see approved considering it failed to receive funding on Kickstarter. And GearGrinder, a title already available on Steam (as “Sledgehammer“), has been greenlit. Huh?

Any day now Valve will roll out its post-Greenlight solution. That’s what I keep telling myself.