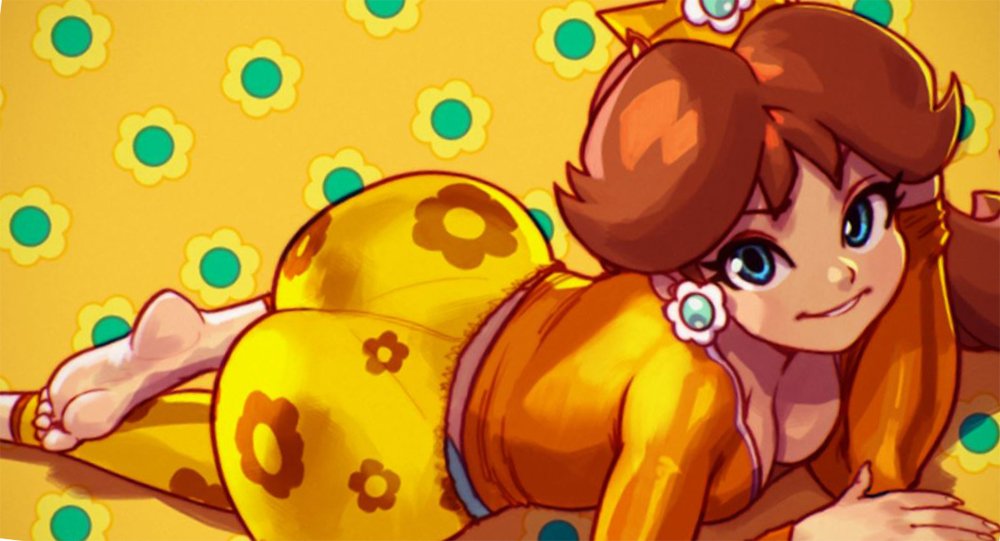 Like many of you, I was pretty sad that Rick and Morty Season 3 didn’t have an Interdimensional Cable episode. Instead of crying about it, I tried to “channel” my disappointment into something productive. I walked my dog, and when I got home, I recorded 90 seconds of audio for an imaginary Justin Roiland cartoon. Luckily for me, the lovely ToonBog decided to put those sounds to moving pictures, which is pretty neat. It’s pretty interesting.

Unlike Ants In My Eyes Johnson, this cartoon for Team Blue has a pretty overt message. It’s a message that leaks into a lot of the stuff I say and do, because it’s a message that’s beaten into my brain day in and day out for as long as I’ve been writing about video games.

It wasn’t long ago that some Daisy fans beat it into me hard. They were livid at me for three days. I gave them the requested attention and validated their concerns, but I’m not sure that it mattered. Their main point of contention with me (aka “beef”) was that I failed to understand that “the dumb stuck up blonde bitch didn’t deserve to die.”

I assume they meant Princess Peach, a character who I happen to think is almost exactly like Princess Daisy, except she is in more games and has a smaller mouth. Of course, I didn’t tell them that. That would have just rubbed salt in their wounds. In fact, I hadn’t said anything about Peach in the first place. That didn’t matter though. They were on Team Daisy 4 Lyfe, and that meant anyone who might even maybe be on Team Peach needed to get stabbed.

I hope they were trying to be funny, but it went on for so long that I can’t be sure. More so, this kind of adherence to a group identity is so common in gaming today that it barely stands out anymore. Seeing people hate a game, a game blog, a game YouTuber, or just some random stranger just because they “broke the rules” of their chosen team happens at a near constant basis with us videogamers online.

As a videogamer for nearly 40 years, I feel I can speak for videogamers everywhere when I say that I think we, the videogamers of the world, should stop it.