Grand Theft Auto V was one of my favorite games of last year, mostly due to the insanely fun Heist missions in the campaign, and the detailed sandbox of Los Santos. It suffered from some of the same trappings as every GTA and the online portion left much to be desired, but I had an enjoyable time overall.

Although I received it late, I got a copy of GTA V for the Xbox One early this morning and dug right in. So far, I haven’t found any real problems with it. 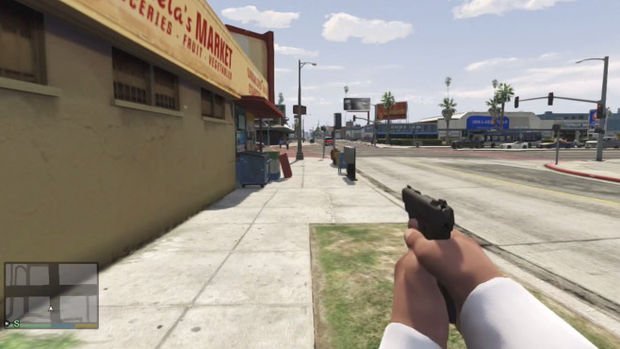 For those unaware, the campaign mode is relatively untouched outside of a few new weapons, vehicles, radio songs, items, and, of course, the current-gen graphics bump. So if you hated the story and don’t like the idea of GTA Online, you won’t find anything to bring you back in outside of the shiny new visuals. And they are shiny: while they don’t look like a native current-gen title, Rockstar took the time to polish and I noticed it right off the bat.

The game runs at 30 frames per second, but it’s consistent, and the resolution clocks in at 1080p. The biggest upgrade is the draw distance and stability of the frame rate, since I didn’t notice a drop even in areas rendering quite a lot of objects. More wildlife both on the ground and in the air help add to the idea that Los Santos is a real world. The environment is enhanced too, and the new foliage as well as the stunning weather effects are the real stars of the show.

The biggest improvement is the new first-person mode, which lets you use the perspective everywhere during gameplay, even in cover (though a third-person instant “switch” can be used, if you prefer). Simply put, it feels like I’m playing a different game, and I’m already content with replaying the story solely in first-person. Everything from hanging out on the couch, smoking weed and watching TV to intense shootouts can be played with the new viewpoint. Driving is also heaps more engaging, as the speedometers and gauges are functional. It doesn’t relent unless you trigger a cutscene, so I hope you don’t mind the camera flipping out while you’re rolling around.

First-person mode is an instant toggle (the touchpad or back button triggers it), and from there you can do everything you can do normally: run, jump or climb, and aim. Aiming comes in two styles, either the standard viewpoint or of the ADS (aim down sights) variety. I actually found that although there is some form of auto-aim even in the FPS mode, missions were tougher without the ability to constantly see around corners and instantly tag enemies from afar. That’s a good thing mind you, as it makes replaying the story even more exciting with an added bit of challenge.

GTA Online is also vastly improved, to the point where it’s not only playable, but at the level Rockstar presumably wanted it to be at in the first place. The player count is now 30, there are more missions to choose from, the graphical enhancements really make a difference online, and you can import your previous characters into the game. The import process is painless, and it took roughly two minutes for everything to transfer over before I was able to use my character.

Of course, there are legitimate concerns from some unhappy fans that Rockstar basically “beta tested” the original version of GTA V on the Xbox 360 and PS3 to come up with this SKU. Just like Diablo III, the original game was released with a heap of problems (all of which were basically GTA Online), missing content (Heists), and fewer features. Now here we are roughly a year later with a package that fixes almost everything. 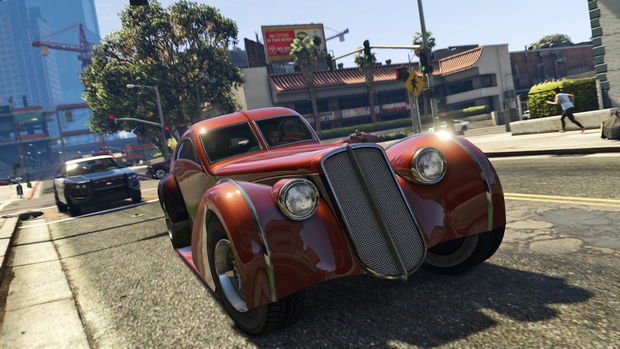 Personally, I felt like Grand Theft Auto V was a fine game that stood on its own merits in 2013, particularly in regards to the campaign. While it’s unfortunate that Heists and the like never made it as promised, I spent well over 100 hours doing everything, and got more than my money’s worth.

I expect to play through the campaign again in first-person mode with the current-gen edition and test out Heists when they become available, so I’m happy replaying it on the Xbox One/PS4. If you haven’t played GTA V at all yet and are slightly interested, now is the time to jump in.

If you have a capable PC though you may as well wait until January when you’ll be able to reap all of the benefits described above as well as those sweet, sweet mods.