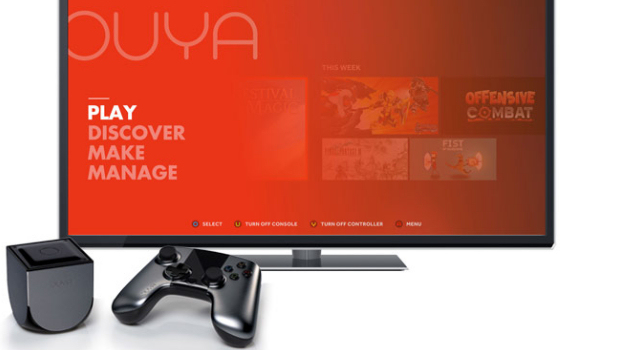 Couch co-op is in, though

[Update: Well, that was fast. It seems online multiplayer will be supported at launch, however, online chat, friends lists, and achievements won’t make the cut. Those features are on for later this year, according to a company rep.]

Speaking to The Verge at SXSW, OUYA founder Julie Uhrman says the upcoming Android-based console will not support online multiplayer games at launch. For Kickstarter backers, the systems will be shipped at the end of this month, while retail launch is set for June. The missing functionality, according to Uhrman, is coming “sometime this year.”

While I had kind of expected, by default, something like online multiplayer to be available for applicable games from the get go, I don’t know that this is that big of a deal. Then again, I’ll be waiting and seeing how the launch goes before even picking up a unit. Uhrman also explained how “At the end of the day, I’d like OUYA to be on every single television, every single tablet, from every single OEM you can think of. I would love for it to be built into a television.”

Ouya won’t support online multiplayer at launch, wants to be built into your television [The Verge]