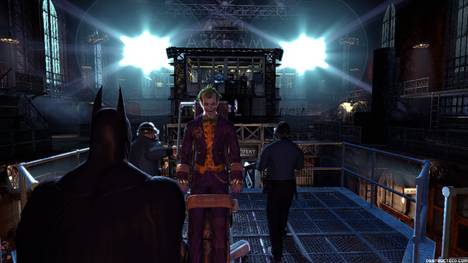 Warner Bros. Interactive and Eidos Interactive have sent us a handful of screens from Batman: Arkham Asylum — some of them new, some of them from the recent Game Informer cover story — but all of them dark. And pretty awesome, if you ask me.

As good as it’s looking, I’m cautiously optimistic; developer Rocksteady Studios has only made one game — Urban Chaos: Riot Response for the Xbox and PlayStation 2. That’s not exactly the dark, third-person action/detective game they’re going for with Arkham Asylum.

But it’s hard not to be excited, especially on the heels of The Dark Knight fever; I’d argue that we’ve needed a decent Batman videogame for awhile. With that said, this game better be good, damn it. Or it’s gonna we’ll show Rocksteady better have their riot response on tap, because it’s gonna be urban chaos up in this b**tch. Amirite?