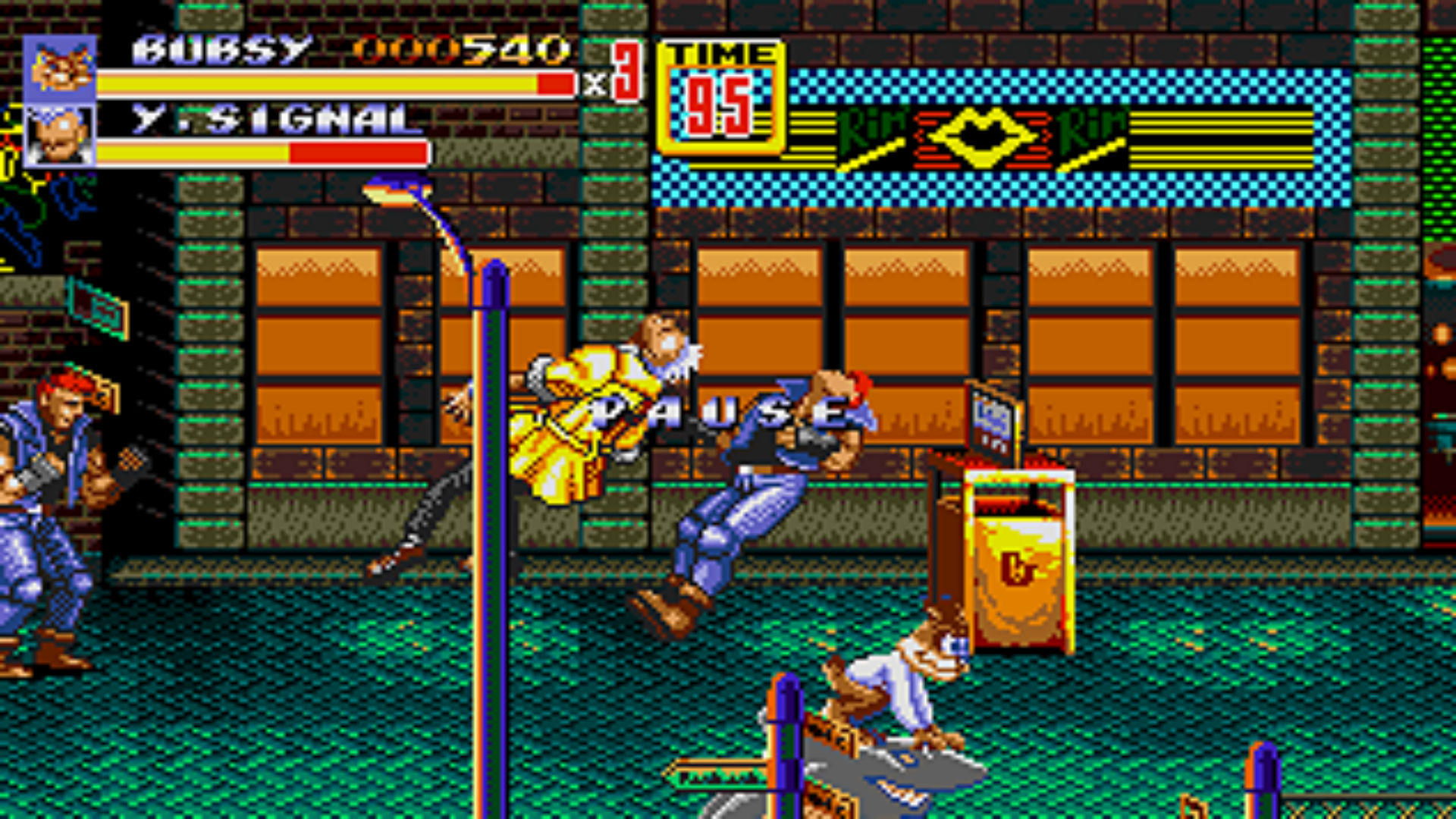 I’m a simple man. All I need in my games are cute characters, things to jump over, and dudes to punch in the face. But little did I know that I needed something like this. Thanks to Metal64, Bubsy is now a playable character in Streets of Rage 2. Replacing the now lame in comparison Max Thunder, the hacked Bubsy comes complete with his own title’s animation and physics.

Accolade’s Bubsy was criminally underrated as he was seen as yet another mascot character attempting to compete with famous characters like Cool Spot and Chester Cheetah. Up until his unfortunate transition to 3D, I was along for every (non-Jaguar) step of the way. Some may find him annoying (so annoying his cartoon never got passed the pilot stage), but I’ll always have a soft spot fur his furry tales.

RIP Bubsy, we miss you every day.

Someone hacked Bubsy into Streets of Rage 2 [Romhacking.net via Tiny Cartridge]