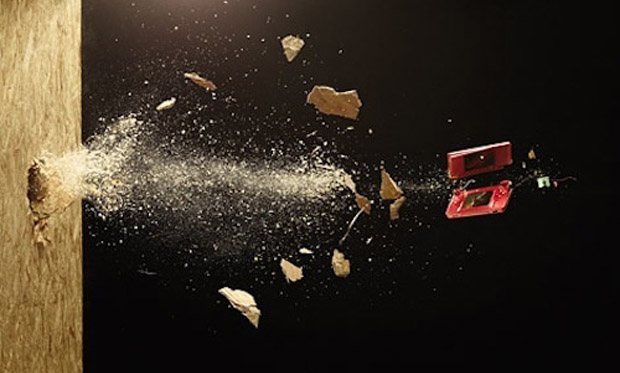 Anytime you use something for anything other than its intended use, I dig it. Make toast with a blowtorch? Cool. Fry an egg on a car engine? Awesome. Use a Nintendo DSi as a wrecking ball? Fantastic.

French gaming magazine Amusement (creepy webpage) really wanted to put a DSi through a wall, I guess. They did, and the photographic result is everything you’d hope it would be. The DSi spits in half, of course, but it makes it through a wall successfully, taking wall pieces with it.

If they were shooting portable game systems, I would have wanted to try a TurboExpress, batteries and all. That lil’ bitch was heavy, so it could have done some major damage.