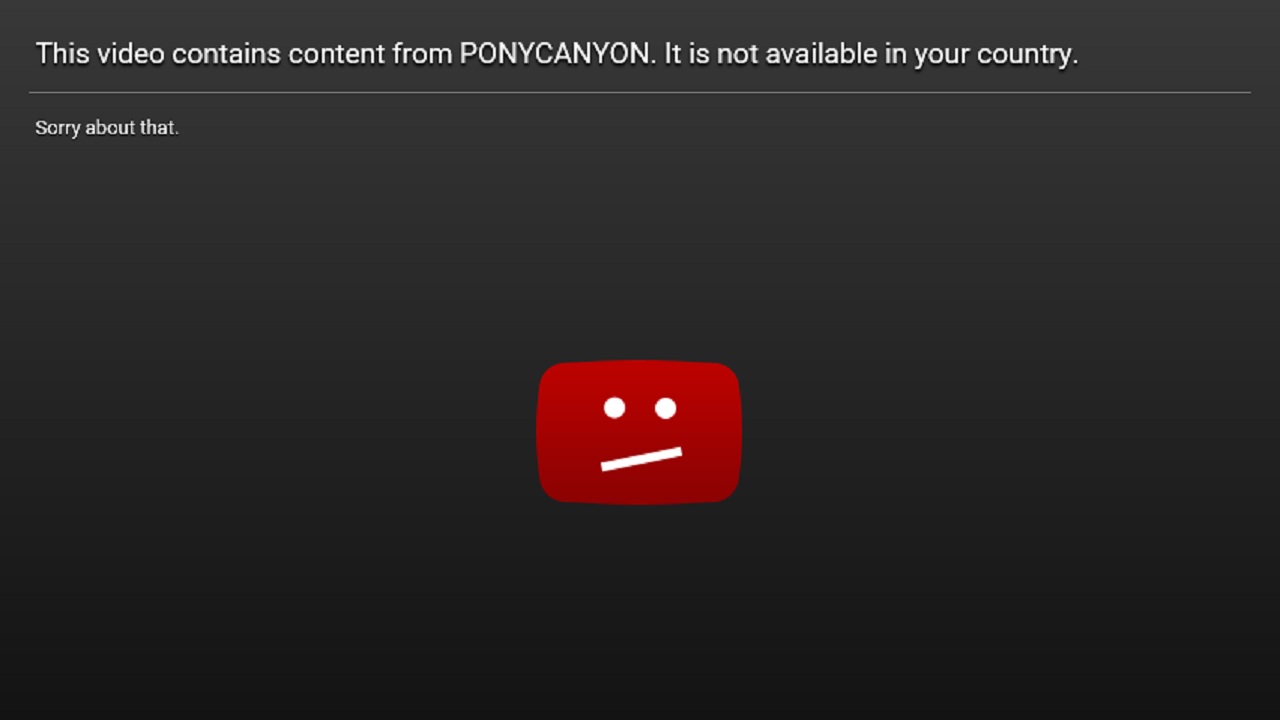 As you may know, I used to be a pretty active YouTuber (getting there again) and I’ve just received an email informing me that a few of my videos will no longer be viewable in the United States due to disputes over YouTube Red agreements with copyright owners.

The videos being blocked are specifically for the following games: Attack on Titan, Hatsune Miku: Project Mirai 2, and BlazBlue: Chrono Phantasma. All three games are notably developed and published by Japanese companies. These videos all had content ID matches for the music included in the games previously, meaning the publishers were making money off the ads served on the videos. I probably could have disputed these videos as fair use, but didn’t bother because I knew they wouldn’t garner many views.

So that brings us to what YouTube says in its notice:

“You may have heard that we recently announced YouTube Red – a new membership that offers fans more choice in how they watch their favorite videos with features like ad-free, background and offline viewing for a monthly fee. In order to deliver a great experience for fans who choose to pay for this offering, we are updating our contracts with all of our content partners. The new terms make it possible for us to share subscription revenues with creators, providing an additional revenue stream for them beyond ad-supported YouTube revenue. The overwhelming majority of videos on YouTube are accounted for in our agreements, but there are some partners who have asked for more time to think about their options. While we work with these partners to update their terms, we unfortunately can’t make their claimed videos available in the US.”

So, to simplify that, certain publishers haven’t yet agreed to YouTube Red’s terms and thus YouTube is preventing videos of their games from being played in the United States. And since all the details of the agreements aren’t available to the public, it’s difficult to place blame directly here.