The newest set of Arkham Knight DLC (of which there is a lot) is a retrograde — not in quality, but in time. It takes some of the best challenge mode maps from Arkham Asylum and Arkham City and transposes them to Arkham Knight. It’s a proven trick that, despite being creatively void, never really grows old.

As these are the best AR challenges the Arkham series has to offer, fans have had some glowing things to say about them. Rocksteady took those direct quotes from the Arkham Knight forums and placed them in the game. Anytime you load up an oldie, you’ll see someone’s input like this: 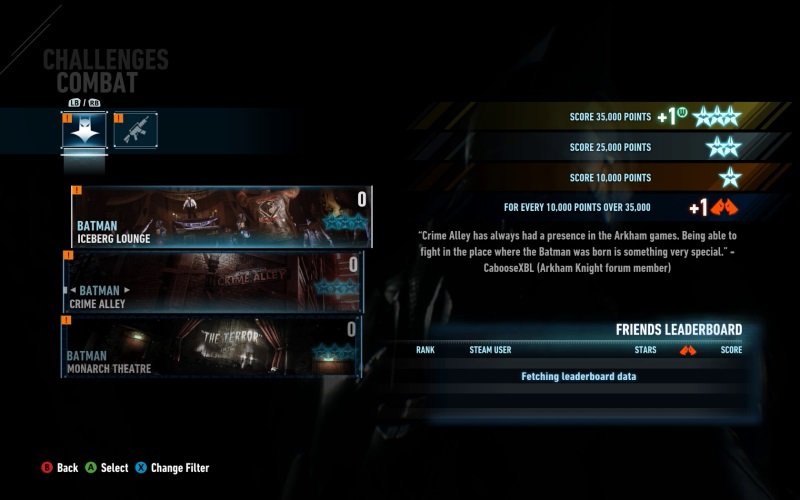 It’s pretty neat that these fans find themselves memorialized in a series that they care enough about to be part of an online community. It’s a simple gesture, but also a meaningful one.

Warner Bros. and Rocksteady are on a redemption tour of sorts with Arkham Knight, trying to restore their reputations after the utter fiasco surrounding the PC version of the game. The unconditional refunds tactic was a good first move, and this is a nice touch too. They haven’t completely made right and maybe they never fully will, but things are heading in the right direction.