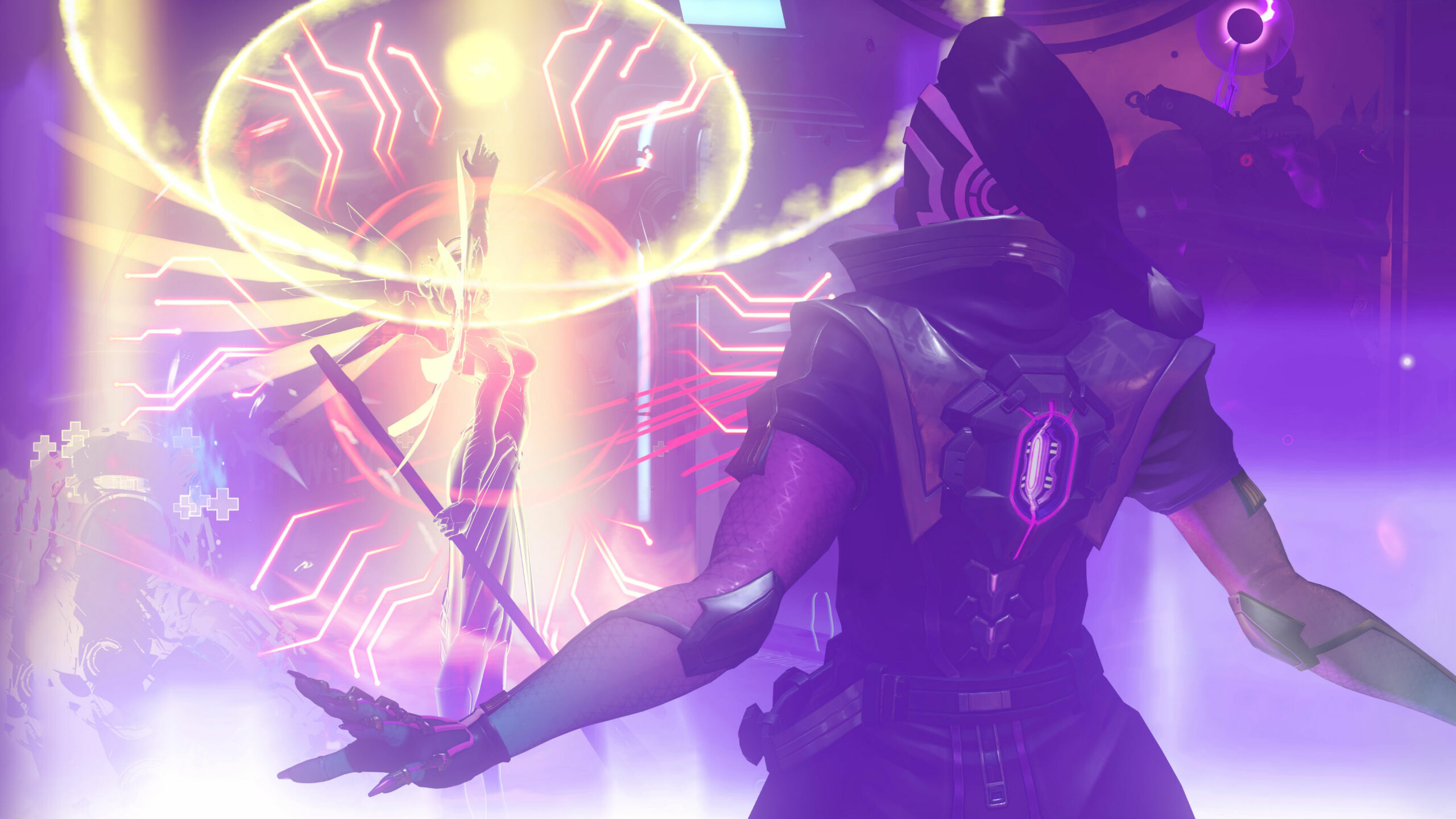 Sombra is finally going to hit Overwatch after months of teasing. It went from “man, Blizzard can really do an ARG” to “really Blizzard?” pretty fast, but hey, they tried, they dragged it out, and now we’re getting a real extra free character out of it. I’ll take it.

And after playing her on location at BlizzCon, I’m even more excited.

Sombra is classified as “Offense,” though she has some support-like capabilities (mostly related to her hacking of health packs, which I’ll get to momentarily). Her core kit involves an SMG machine pistol, which is limited to a very short-range burst — and I really have to stress how short it is — so much so that I don’t think anyone is going to be demolishing entire teams with it. No, Sombra is a much more technical character that will appeal to players who are looking for something different, and is not the wrecking ball you may have been yearning for.

Her big thing is hacking, which is integrated into her right-click on PC. It can be used on enemy heroes to disable their abilities when you’re at a very close range (making her a great team player with another offense, as she can effectively shut someone down for another to kill), or, to “take over” a health kit spawn. This channel can be canceled by shooting her to interrupt it, and enemy cooldowns stay ticking while she’s hacking. So if you just used an ability, you should be able to use it again after the duration of the hack. Sombra can move while hacking but cannot fire her weapon.

Her health hack increases allied spawn rates for kits, and prevents enemy teams from using them. Based on my tests, it lasts roughly two minutes, and can be re-hacked by enemy Sombras. It was a pretty big game-changer when I’d sneak into an enemy spawn only to take out their health factories, then retreat to a spot I knew was “clean.” The little skull that appears over disabled health spots is also the perfect embodiment of a troll face, with a small Sombra twist — little details like this are why Overwatch is resonating so much with people.

That’s cool on its own, but she has a few more tricks. The Translocator (showcased in her debut movie) is a grenade-like thrown object that can be re-triggered to teleport to the target location for up to 15 seconds. When combined with her stealth dash (which makes her invisible for a few seconds and makes her faster), she has a ton of mobility, and can escape enemy fire in seconds. You cannot do damage or frag people by teleporting on top of them, but you also can’t destroy the Translocator itself [thanks to our own Kevin McClusky for thinking to ask about this!].

One of my favorite strategies was to check various locations, then quickly mash the E key to translocate back to safety. I’d also use it to jump to areas I couldn’t reach normally, especially when on offense — you can basically get anywhere you need to go as Sombra. I got lots of Unreal Tournament flashbacks while triggering this ability. Oh, and she can passively see critically damaged enemies through walls, and use her EMP ultimate (an AOE that triggers from her person and reaches a length roughly the size of Mei’s ultimate) to destroy shields and barriers, effectively countering characters like Winston — it also hacks (read: silences) everyone in range for a short duration.

Yet, Sombra isn’t overtly strong, and has 200 HP with no armor or shields built in. You’re probably picking up on a lot of nomenclature here that’s very specific — “targeted countering,” “sneaky,” “great with team support.” She’s labeled Offense, sure, but she feels balanced in that nearly every thing she does is situational. You can try her out for yourself at BlizzCon or next week in the PC PTR (this is why I play Blizzard games almost exclusively on PC!).

[Disclaimer: Travel was provided to the event by Blizzard]