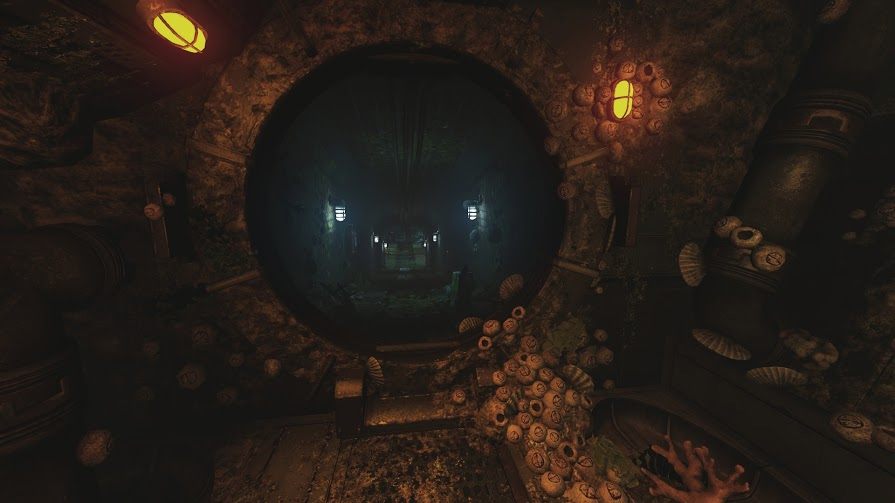 In June, I told myself to stay away from watching and subsequently covering any more trailers for SOMA. That was going well — until today. Curiosity got the better of me, but at least this “Environments” trailer is abstract enough to not feel spoilery. Won’t be much longer now until the September 22 release for PC and PlayStation 4. Will I crack again?

While we’re on the subject, Frictional Games has a new blog post up describing how SOMA compares and contrasts with its prior game, Amnesia: The Dark Descent, in terms of scares, puzzles, and storytelling. I found that first point especially interesting. The sci-fi horror title is said to be “just as scary, if not more so, but in a different fashion.”

Elaborating, the studio painted Amnesia as more of a “‘haunted house’-style ride where creepy supernatural things could pop up [at] any point,” whereas SOMA “derives much of its horror from the subject matter.” The latter “peaks pretty late,” not midway through, so we can expect a longer ramp-up this time around. I’m dreading it already.