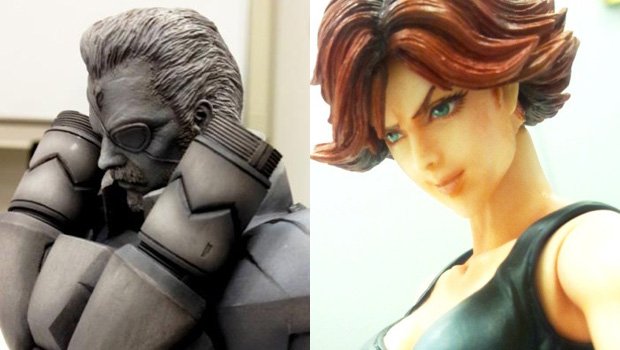 Square Enix’s Play Arts Kai line is about to get two new action figures based on Metal Gear Solid. First up is “Mr. President” himself, Solidus Snake, and he’s looking pretty pimp unpainted. I don’t think I’d even want him to be painted, he’s looking so good.

Next up is Meryl Silverburgh, painted. She’s looking… well… I dunno. Something is off with her face. It’s not derpy, nor is it mannish. She looks slightly constipated. Is that just me? Maybe it’s just me.

The figures are expected in either the third or fourth quarter of 2012. No price tags have been tossed about, but considering how much other Play Arts Kai pieces go for, expect to pay between $35 and $50 each.