We already thought it was pretty awesome that Konami characters like Simon Belmont and Frogger were playable in the upcoming DS title New International Track & Field. Now it looks like Konami’s main man Solid Snake is joining the bunch.

Sumo Digital, developers of Sega Superstars Tennis, brings another batch of 3rd party character star power our way in this remake of the classic arcade title, which is now coming upon its 25th anniversary. Old Man Snake sneaks into the title, though I don’t know how well the aged smoker would be at the long jump or sprinting. I guess he’d do well at skeet shooting and archery though.

This is a pretty fun addition to the title, but it was probably a given from the get go. I’m honestly more excited about swimming and pole vaulting with Silent Hill’s Pyramid Head!

What about you? Are you looking forward to New International Track & Field now that Snake is in it? Or will you be too busy playing as Solid Snake in Metal Gear Solid 4 to even care?

Hit the jump to see the awesome art for NITF’s chibi Snake. 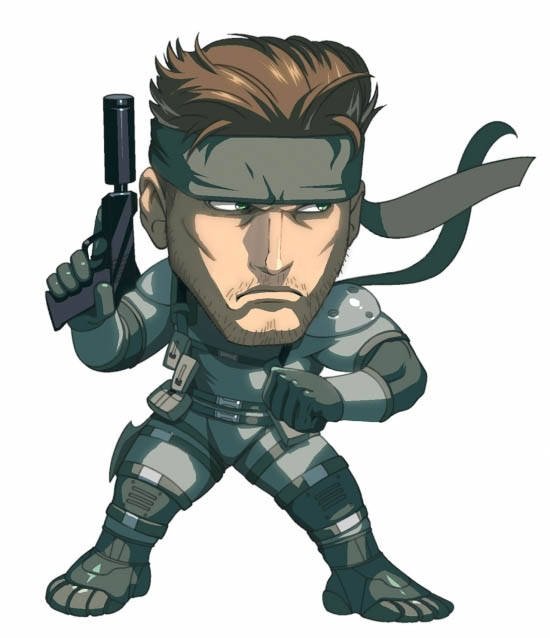