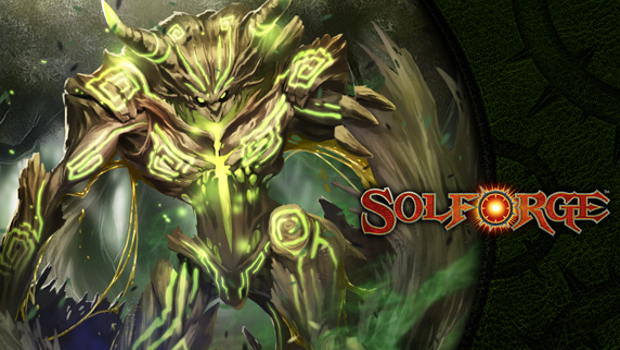 Dr. Richard Garfield, creator of Magic: The Gathering and Gary Games, the company behind Ascension: Chronicle of the Godslayer, have teamed up to create a new digital collectable game which is still looking for funds on Kickstarter, SolForge. It’s for PC, Android, and iOS, and the game apparently merges the stategy and depth of more traditional collectable card games with the convenience and ease of an online game. SolForge‘s primary mechanic is the transformation of cards, which level up, gain new powers, and even change artwork — which is a pretty cool addition.

Garfield and Gary Games are going to be at PAX, showcasing the new game for the masses, along with the latest Ascension set, “Immortal Heroes”. So I guess you can visit booth 6015 if that sounds like your cup of tea, or bovril, or whatever substance you wish to imbibe.