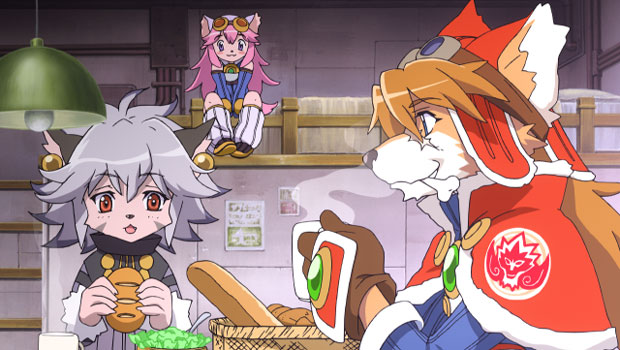 With a bunch of incredible-looking games arriving this fall for the DS (that will actually see release in the US, *ahem*), Nintendo’s lame duck portable still has some vitality left in it. One such promising title is anthropomorphic-animal action RPG Solatorobo: Red the Hunter. It reminds me of the type of games that were prominent in the early 90s — games starring cartoon critters with attitude — then mixed in with a splash of Studio Ghibli flavor.

A trio of super-short gameplay videos have been released, demonstrating some of the combat you can expect. The first is above, while the other two are after the jump. Along with all the deets we’re privy to already, from beautiful hand-drawn animation to a powerful score, I’m even more excited to get my hands on this jam.