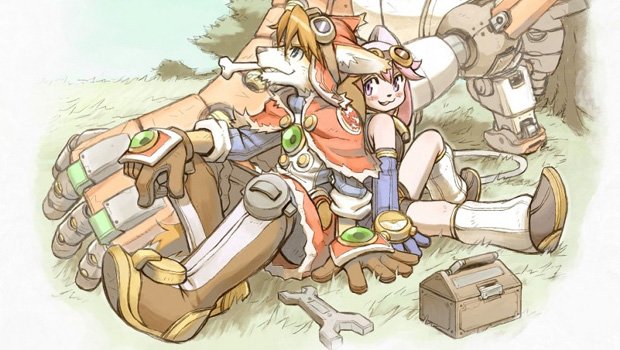 XSEED has sent out a press release announcing that the colorful action RPG Solatorobo: Red the Hunter has gone gold and will ship across the US on September 27. Along with reiterating details that have been announced previously, such as the bundling of a soundtrack CD in first-run copies, the release also unveiled the game’s US website. My favorite part of the site is the character list, which displays an image of each character’s real-world animal counterpart for comparison and contrast.

I’ve poked fun of the game’s fur-tastic cast again and again, but it’s all in good humor. I’m really excited to pick up my copy and rip the glorious soundtrack to my mp3 player. How ’bout you cats?

Torrance, Calif. (September 9, 2011) – Fans will soon take to the skies! XSEED Games, an independent-minded publisher, is pleased to announce today that the upcoming action RPG title, Solatorobo: Red the Hunter for the Nintendo DS™ handheld system has gone gold and is slated to ship to retailers across North America on September 27, 2011. The game will give players the option to play in English, Spanish, and French.  The first run copies of Solatorobo: Red the Hunter will contain a bonus soundtrack CD at an MSRP of $34.99. To help celebrate the upcoming launch, XSEED Games is launching the official product web site, www.solatorobo.com, which fans can access to get more information on the game along with a host of gorgeous art and assets.

Developed by renowned Japanese games studio CyberConnect2, Solatorobo: Red the Hunter is the spiritual successor to the PlayStation classic Tail Concerto, and features a vibrant anime art style and a unique fantasy world of floating islands and airships. Solatorobo’s soundtrack is equally memorable, with music composed by famed Japanese musician Chikayo Fukuda (.hack series), and both the game’s Opening and Ending songs were sung by LeiN (Tomoyo Mitani and Chikayo Fukuda).

Literally translated “Sky and Robot,” Solatorobo: Red the Hunter is set high in the clouds of the Shepherd Republic, where two races of anthropomorphic dog- and cat-like people live their everyday lives with the aid of robot mechs, or Robos. The game follows the adventures of dog-like Red Savarin, a buccaneer for hire out looking to make a quick buck. While on a mission to retrieve some files for a client, Red unwittingly sets in place a series of events that will lead him to fight for the survival of the entire planet and discover his true inner potential.