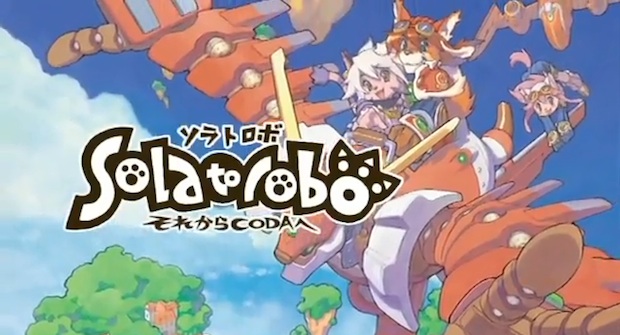 DS game Sola to Robo ~ Sore Kara CODA e~ (that’s Sola and Robo) is being shown off in this first promotional trailer, straight from Japan. The CyberConnect2 developed RPG will be released in October in Japan, but the art and animation shown off in this video will get you ready. Ready for dog people, that is.

Some of the character designs are cool, but I’m not going to say that I like them enough for you to place me in the yiffer category. Furry or not, there’s some really great visuals in this trailer. Oh, and robots beating down other robots too. It reminds of Steamboat Chronicles in a way, and it is said to be a spiritual sequel to Tail Concerto.

I think it looks pretty good. What about you?