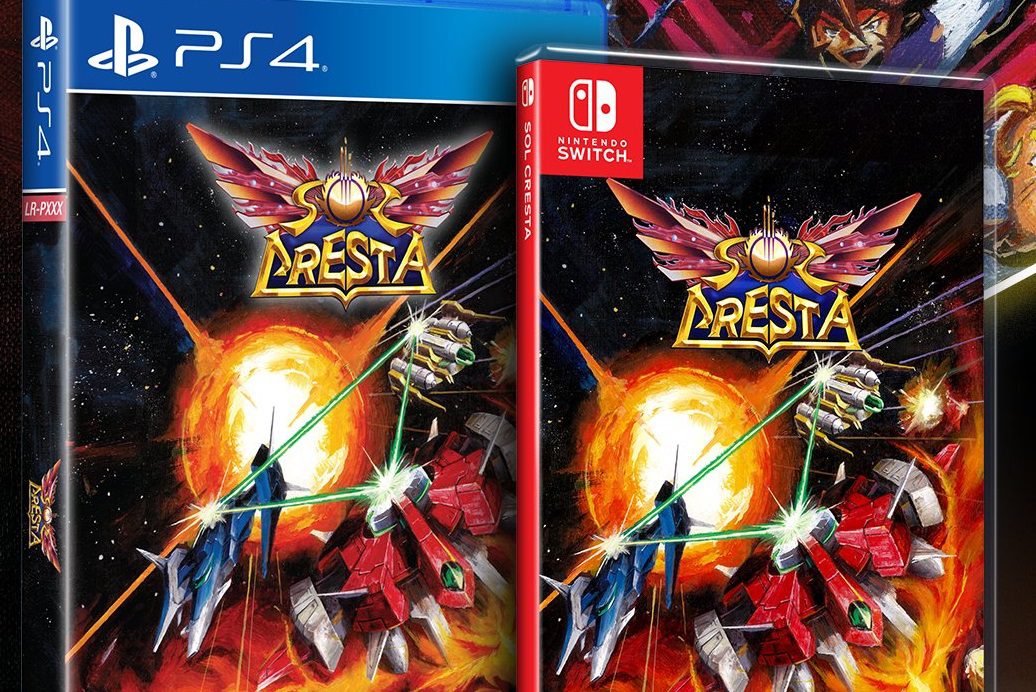 Later this month, shmup fans will finally be able to take flight in PlatinumGames’ interstellar sequel Sol Cresta. The April Fools’ joke turned real release will launch on PS4, PC, and Nintendo Switch on February 22. However, in new news released this morning, Limited Run Games has announced that it will be giving Sol Cresta its typical hard copy treatment.

Eager collectors will be able to pick up a standard boxed copy of Sol Cresta on PS4 or Nintendo Switch (price TBA) or, can go all-in on a special Limited Collector’s Edition. This edition, which will retail for a princely $120 USD, includes a boxed copy of Sol Cresta on PS4 or Switch, an enamel pin, a selection of art cards, two medals, a dinky metallic model of the ship, a mini arcade cabinet, and a double-disc soundtrack CD, as composed by Streets of Rage veteran Yuzo Koshiro. 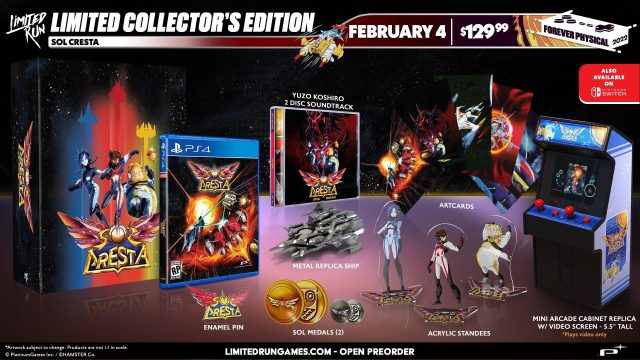 Pre-orders launch tomorrow, February 4, exclusively on the Limited Run Games store. Orders will then close on March 20. So you have a good 5-6 weeks window to sign up for this mission.

Sol Cresta, the sequel to classic ’80s arcade releases Moon Cresta and Terra Cresta, will see a return to exciting vertically scrolling shmup gameplay and docking mechanics of its predecessors, revitalized with PlatinumGames’ typically dazzling approach to action-packed, bullet-pumping gameplay. From earlier trailers, the new title is already looking like something of a gem, so here’s hoping it finds its audience in February’s stacked schedule of releases.