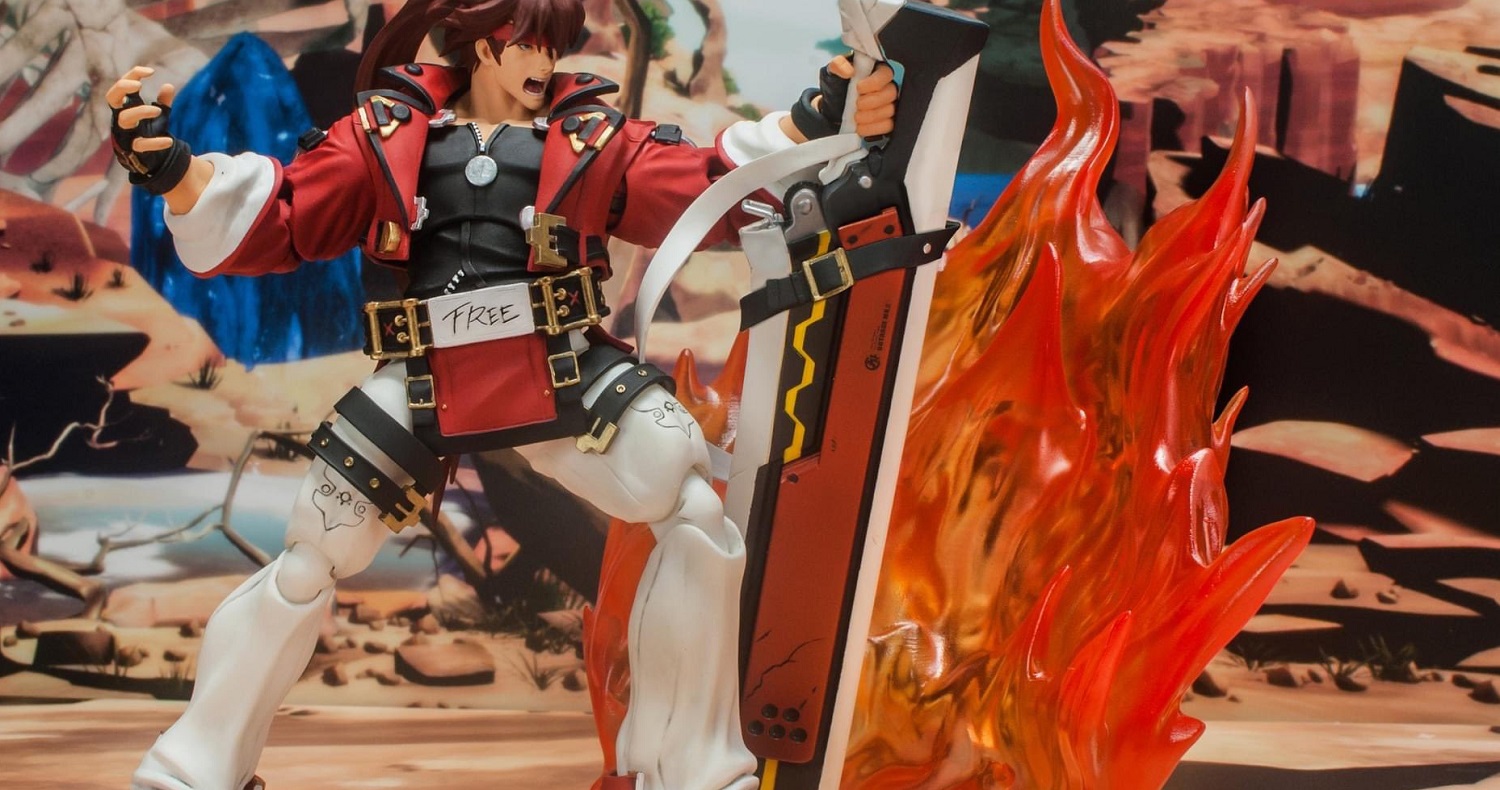 The weekend’s San Diego Comic-Con (SDCC) brought with it a wide variety of plastic fantastics, as various merch-makers showed off tabletops full of figurines, statues, and other paraphernalia related to some of the biggest and most popular global gaming brands. Storm Collectibles was in attendance, shining a spotlight on various upcoming Street Fighter and Darkstalkers figures for its partner, Capcom.

But Guilty Gear fans did not go away empty-handed, as Storm also brought with them the completed prototype of GG‘s hard-edged and hard-edgy poster boy Sol Badguy. The new premium figure sees the badass bounty hunter ready to lay the smack down on his next opponent, armed with his faithful and ferocious blade, Outrage MkII. The Sol Badguy figure features a finely sculpted, fully poseable body and comes complete with five pairs of interchangeable hands, three head sculpts, and an optional flame effect to punctuate his more dynamic poses.

Storm, curiously, has not listed the height of the new figure, but Sol Badguy is listed in their 1/12 scale category, so we can probably expect him to stand between 10-to-12 inches. Retailing for a very princely $95 (not including shipping), pre-orders for Sol are live over on the official Storm Collectibles website, ahead of his expected release window of early 2023 — which is quite a fast turnaround for a modern collectible.

Sadly, there was no sign of any Testament figures, statues, or models at SDCC this year. Oh well, maybe next time. If you want to take a look at Storm’s Street Fighter reveals from the weekend’s event, then be sure to check out our Street Fighter SDCC 2022 roundup article right here.

Guilty Gear Strive is available now on PlayStation and PC.