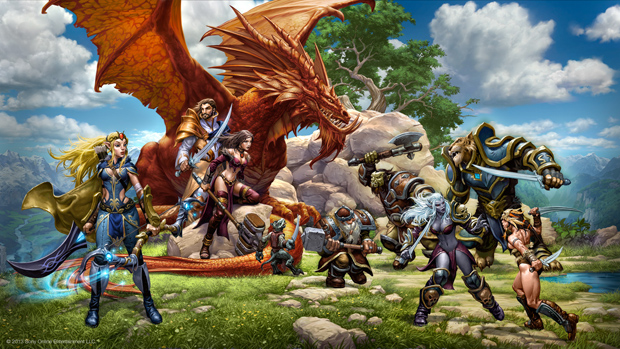 Writing to PlanetSide 2 players about future plans for subscriptions, Sony Online Entertainment president John Smedley teased the possibility of one sub that would span all of the company’s games on PC. “We are considering (and are likely going to move forward with) a plan that means if you subscribe to one of our games you are a subscriber to all our games (this applies to PC titles only btw).. all for the current $14.99 a month,” he wrote.

“The goal would be to let you pick an item in each game you play. Some of you might say ‘well who cares..I only play PlanetSide 2. How is that a benefit to me?’ My answer is simple — we’ve got a great lineup of games, some of which aren’t announced yet that cater to a lot of players. We have [EverQuest Next] and [EverQuest Next Landmark] coming along with other….. games… that PS2 players might just like.”

For me, this all still falls under the same old problem of not having enough time to play one online game, much less multiple online games, without feeling as if I’m wasting money. There’s a sense of urgency I can’t keep up with — at least not long term. That said, I think for a certain type of player this subscription offering would hold a lot of value. Just not me, sadly.