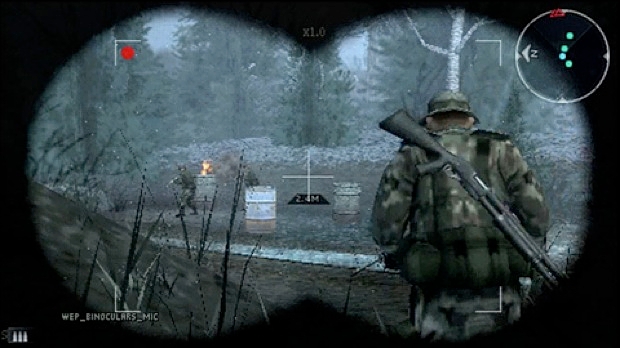 Boom, handheld headshot! Slant Six and Sony released a teaser trailer for SOCOM: U.S. Navy SEALs Fireteam Bravo 3 yesterday. It doesn’t mess with intrigue or address any of the plot elements we received word on a few days prior. Instead, it focuses on the bullet-to-the-brain kind of stuff that most SOCOM players crave.

It’s probably better for it. Bravo 3 is visually impressive, so the action elements displayed for us actually carry weight. I wish I could have seen more of the squad and how you’ll maneuver them, but I guess I’m a dreamer.

My loins are already tingling with desire for Bravo 3. Let’s see if Slant Six does this SOCOM title justice. The video, as always when we talk about these things, is available after the jump.