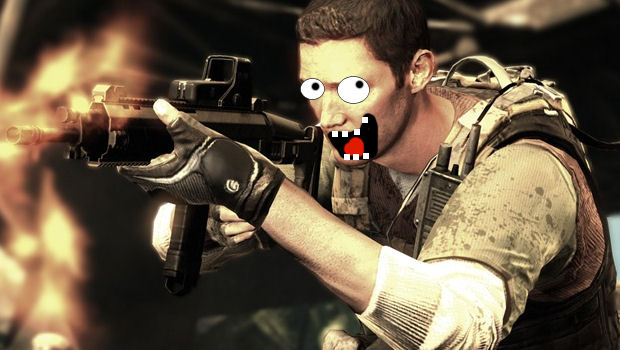 Zipper Interactive is planning to take the “online pass” concept to new heights (or lows), by introducing a code that unlocks SOCOM Pro.

The traditional online pass system, pioneered by EA, restricts online multiplayer access unless a $10 code is purchased. With SOCOM 4, used customers can access the multiplayer, but will be locked out of exclusive updates. In this way, Zipper is similar to an eighties portrayal of a drug dealer, offering the first hit for free.

Four ranked playlists will available to Pro users, which are to be continually updated throughout the game’s lifespan. Two of the most popular weapons in shooter history are exclusively available to brand new purchasers, the M-16 and AK-47. In addition, only Pro users will get future updates to co-op and competitive multiplayer, including maps and dedicated leaderboards.

Here’s the real kicker though — a SOCOM 4 Pro code will cost $14.99 on the PlayStation Network.

The devaluation of used games (and thus the eventual f*cking over of the entire industry) continues. I hope these geniuses know that they’re contributing to their own reduced sales, long-term.