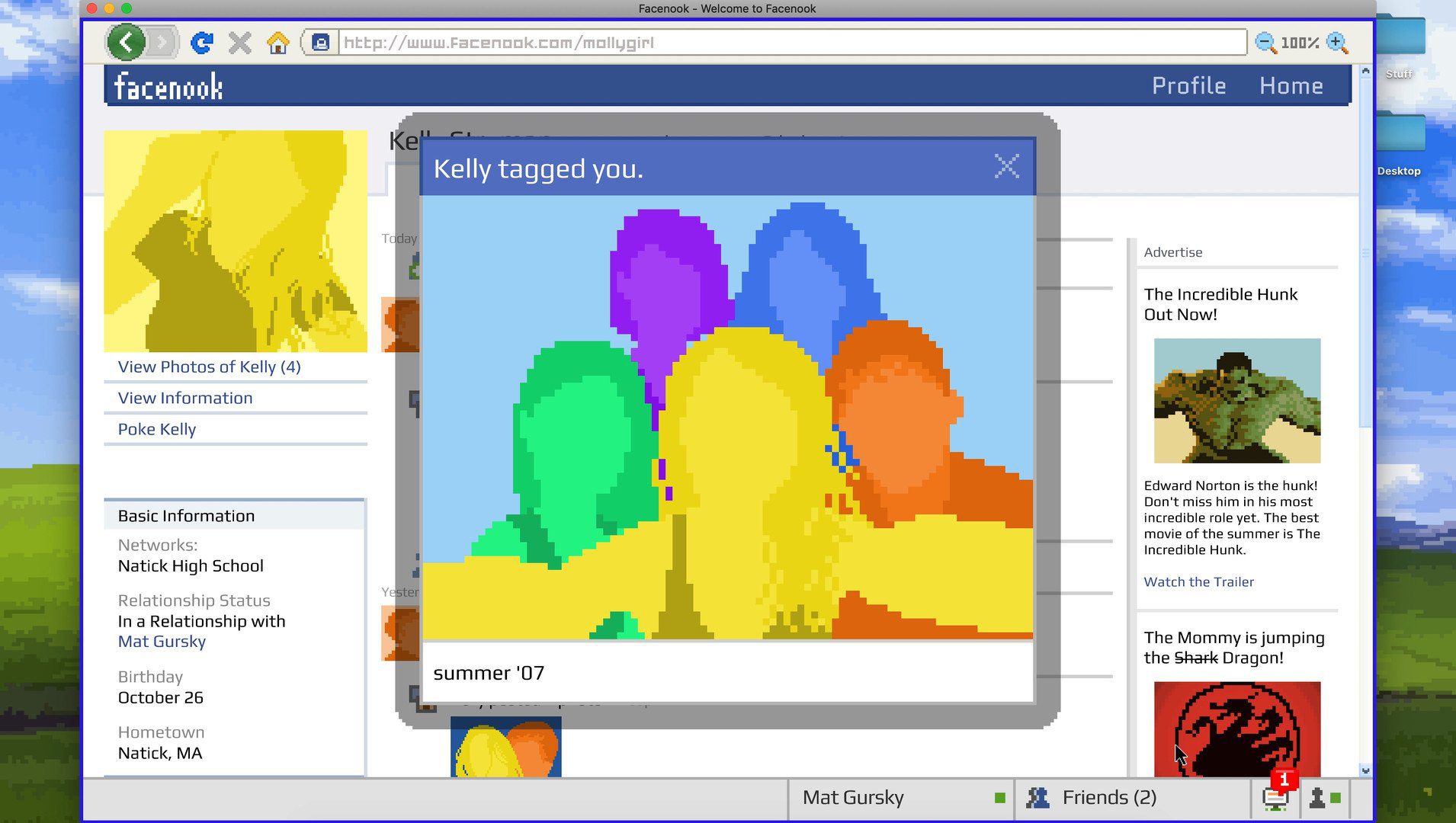 AIM is dead, on to Facenook

The Emily is Away series has been two-for-two for both resurfacing fond memories of long-gone messenger days and also tugging directly on my heartstrings. Today, the third game arrives on Steam and Itch to, presumably, attempt the same.

Emily is Away <3 is a brand-new story, once again set purely online. The difference now is, rather than the old faux AOL Instant Messenger application, Emily is Away <3 takes place in the halcyon days of Facebook (excuse me, Facenook), circa 2008.

You can still chat of course, only it’s over the Facenook messenger interface. There are also wall posts, tagged photos, and poke fights. It is, much like previous Emily is Away games, a concentrated blast of aught-nostalgia.

And of course, there are branching paths and conversation choices that will result in different endings. Will the conversations you hold online reinforce real-life relationships, or burn them to the ground? Will you, true to real-life, start a fight over answering an event invite with a “Maybe” instead of Yes or No? God, I hope so.

While these games are definitely a laser-targeted, heart-rending nostalgia blast for a certain generation (read: mine), Emily is Away <3 is probably worth a look for anyone who enjoys narrative storytelling done in unique interfaces. It’s not like many stories are told in Facenook messenger, y’know. You can find it on Steam and Itch.io.